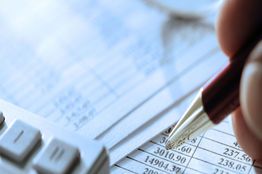 Frost & Sullivan: Self monitoring diabetes market to reach $358 mn by 2017

Singapore: Three quarters of the population of China and India are diabetic. This translates to a patient pool of nearly 200 million for the self monitoring of blood glucose (SMBG) market. However, not more than 45 percent of these patients have been diagnosed, which represents a vast underserved market.

Less than 10 percent of the diabetic population in Asia Pacific use SMBG products due to inadequate education and awareness, as well as a lack of affordability and strict regulations. To improve patient awareness, SMBG original equipment manufacturers (OEMs), several governmental and non-governmental organizations, and hospitals conduct patient awareness camps and drives throughout the year.

"The high costs of frequent testing also deter patients from investing in SMBG devices thus lowering compliance," said Frost & Sullivan healthcare senior industry analyst, Mr Nitin Dixit. "SMBG devices are mostly an out-of-pocket expense in Asia-Pacific, as the meters and strips are reimbursed only in a handful of countries in the region. While one-time cost of buying a meter is relatively low, buying test strips for frequent testing can prove very expensive, especially for patients on "intensive diabetes management therapy", unless reimbursed."

Market participants can leverage the ubiquity of the Internet and smartphones in Asia Pacific to gain a competitive edge by launching diabetes data management software as a value-added service. Data from individuals' SMBG meters can be shared with consulting doctors over the Internet, who can then suggest changes in medication/diet accordingly. "Roche, for instance, experienced higher sales with the recent launches of products enabled with data management software," noted Dixit.

Differentiating from competition will become even more vital as SMBG gradually becomes a low-value, high-volume segment due to intense competition and the resultant price wars. It is important to maintain adequate shelf space (availability) in the retail segment, as patients may switch brands if the prescribed brand is unavailable.

"There are many non-invasive or painless meters in the later stages of clinical trials, and some are already commercially available," said Mr Dixit. "The introduction of these products with novel features will go a long way in helping OEMs shed their commodity status and stand out in the market."