Will Japan be able to reduce its generic drug prices? 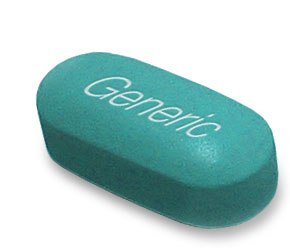 Is Japan changing its attitude towards generic drugs?

The Japanese pharmaceutical market is the second largest pharma market in the world following on the close heels of the US. Although it records annual sales of approximately $64.5 billion (6.45 trillion Yen), only 6.6 percent of its prescription drug sales are contributed by generics. This scenario is gradually changing due to several reasons such as patent expirations of drugs, a rapidly aging demographic, wideranging government initiatives to reduce healthcare spending, and comparatively high reimbursement prices.

The hurdles that generics face
Although the Japanese pharma market is large and offers huge potential for generics, it comes with several challenges for generic companies. One of the main challenges is the outlook of people towards them. Individuals in Japan choose quality over price and this mindset remains ingrained in Japanese consumers across all industries, including the life sciences.

Less costly drugs are associated with lower quality in Japan and this means that generic drugs are generally regarded as inferior to their branded equivalent. Moreover, Japanese consumers only trust the brands they know (specifically, Japanese brands) and are skeptical about the efficacy and safety of drugs, particularly if they have been manufactured in countries such as China, India, which are notorious for their drug counterfeiting activities.

This attitude of the Japanese people have led the country's generic drug manufacturers to suffer from low public esteem and recognition in comparison with innovators. Furthermore, the Japanese believe that the reduction in out-of-pocket expenses in buying generics is not sufficiently high to justify switching away from the brand. Another major problem with this mindset among Japanese is that if patients still believe that generics are a lower quality alternative, it will take more than a relatively modest increase in cost to persuade them to switch to generics.

Generics do a balancing act between growth and hindrances
The Japanese governmnt is providing additional premiums for dispensing of generic drugs and is also planning to review its health insurance reimbursement. These initiatives are expected increase the demand for generics in the dispensing pharmacy market. Although the generic drug market has entered the growth stage, it has become more competitive with new entrants. Moreover, the drug price war in Japan has intensified with respect to long listed products (LLP). In December 2012 the Central Social Insurance Medical Council said that a new pricing system for generics would be introduced to help reduce their prices. This will apply where the replacement of long-listed products by generics does not happen within a pre-determined period after the patent expires.

LLPs do not seem to lose their market share rapidly in Japan even after the expiry of their patents. This is primarily because doctors and patients prefer LLP brands over generics (because of the various mentioned earlier). However, some doctors are willing to accept generics if manufacturers enhance their quality and after sales service and there is an expectation that manufacturers contribute to lowering of drug prices. In fact, the price of generics is on average 70 percent of LLPs but, in reality, this price might decrease further by up to 40 percent of the original, based on a weighted average of all generics. The generics players plan to occupy a market share of 30 percent in volume by April 2013, which has been set by the Ministry of Health, Labour and Welfare (MHLW), Japan. However, generic manufacturers are concerned that the various strategies that they are adopting to acheive their given target, including price reductions, will adversely impact the development of stable supply chains.

Introduction of HTA policy in 2014
The MHLW's Health Technology Assessment (HTA) task force in Japan has been working towards implementing the HTA in 2014. There are three outstanding areas that need the policy is looking to resolve. First is defining the scope and definition of cost when comparing it to the benefit to public healthcare and second is establishing a basis of comparison to assess the new technology. The third and the most outstanding issue, is what is to be included in the cost calculation formula.

From the government's point of view, only objective indicators should be included that can be readily assessed. Therefore, costs would be based on insurance and reimbursement factors without including productivity loss, which can be more ambiguous and difficult to quantify. Conversely, doctors prefer not to exclude patient productivity loss because they believe calculations that are based only on objective indicators can underestimate the value of medical treatment.

Globally, the EuroQuol-5 Dimension (EQ-5D) is the measurement commonly used in the calculation of Quality Adjusted Life Year (QALY) , used for HTA calculations. The global trend is to measure patient quality of life based on their subjective perception rather than opportunity cost. Doctors in Japan are, however, hesitant to accept patients' self-evaluation as an indicator to score medical technology and they expect EQ-5D to be used in combination with other objective measurements. Thus, although, EQ-5D scale can presently be introduced as a trial, specific Japanese evaluation criteria to measure the costs need to be developed during the trial period.

The HTA itself begun in the UK and Australia as a way to justify the cost of utilizing new technologies and drugs. How original metrics that measure the costs in Japan are determined will be the key to successfully concluding this debate and implementing the HTA policy in 2014. This will likely affect the market approval process in Japan and so pharmaceutical manufacturers should consider their R&D and strategic planning processes to ensure they will be able to meet these changes.