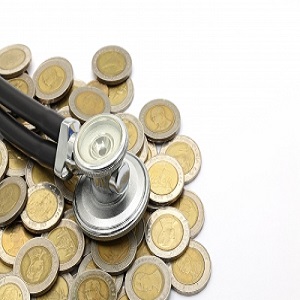 Singapore: Teva Pharmaceutical Industries' recent $40.1 billion offer to purchase Netherlands-based Mylan, which is crucially contingent on Mylan not consummating its offer to acquire Irish firm Perrigo, has the potential to transform the generic drugs arena, according to research and consulting firm GlobalData.

Mylan made an unsolicited $28.9 billion offer to buy the Irish drugmaker, but Perrigo's board of directors unanimously rejected the proposal, saying that the merger substantially undervalues the company and its future growth prospects. As such, Mylan will have to sweeten its bid for Perrigo if it wants to move forward with the deal.

Teva believes its proposal is a more attractive approach to Mylan's non-binding offer for Perrigo. Teva is also adamant that a combination with Mylan would transform the generics space, instilling a differentiated business model that fully integrates specialty and generic drugs with products, devices, services and technologies.

Mr Gianfranco Zeppetelli, deals analyst, GlobalData said, "If the deal goes ahead, the combined company would create a global generics giant with nearly $30 billion in revenue, and boasting a pipeline of more than 400 pending generic drug applications at the FDA."

"Teva also noted that there would be opportunities for substantial cost synergies and tax savings, which are estimated to be approximately $2 billion annually," the analyst said.

While Mylan has expressed concerns that the deal would be unlikely to pass antitrust regulatory scrutiny, it is expected that Teva could divest operations to obtain regulatory clearance.

Mr Zeppetelli continued, "Teva's new management has been looking for transactions that will put the company back on track for sustainable growth. Teva initiated its acquisition strategy in March with the purchase of California-based Auspex Pharmaceuticals in a deal worth USD3.5 billion.

"While the Auspex tender bolstered Teva's central nervous system portfolio, the transaction does not address the imminent threat from the loss of patent protection for Teva's flagship multiple sclerosis therapy, Copaxone."

The analyst adds that Mylan would immediately allow Teva to grow and reduce its exposure to an impending drop in Copaxone sales, as Mylan is also developing its own generic version of Copaxone. Obtaining sales of the off-patent treatment would go a long way in reinforcing Teva's financial future.