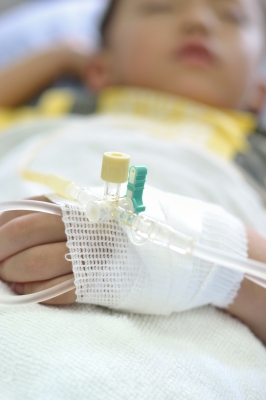 Singapore: World Health Organization has launched "Roadmap for childhood TB: towards zero deaths", in an effort to prevent deaths of children from tuberculosis (TB) that claims nearly 74000 lives each year.

Every day, more than 200 children under the age of 15 die needlessly from TB, a disease that is preventable and curable. WHO estimates that as many as 1 in 10 TB cases globally (6 to 10 percent of all TB cases) are among this age group, but that the number could be even higher because many children are simply undiagnosed. The new roadmap builds on the latest knowledge of the disease and identifies clear actions to prevent these child deaths.

"Any child who dies from TB is one child too many," says Dr Mario Raviglione, Director, Global Tuberculosis Programme at WHO. "TB is preventable and treatable, and this roadmap focuses on immediate actions governments and partners can take to stop children dying."

The launch of the first roadmap on TB and children follows increasing awareness on the urgent need to address the issue. Under the child survival movement's banner of A Promise Renewed, more than 175 countries signed a pledge in June 2012, vowing to redouble efforts to stop children from dying of preventable diseases, including tuberculosis.

The agencies have planned to raise USD 120 million a year in new funding for addressing TB in children from governments and donors that slates USD 40 million for HIV antiretroviral therapy and preventive therapy (to prevent active TB disease) for children co-infected with TB and HIV.

The funds will also go towards improving detection, developing better medicines for children and integrating TB treatment into existing maternal and child health programmes. Getting more paediatric health professionals to actively screen for TB with better tools, i.e. drugs, diagnostics and vaccines, will help capture the full scope of the epidemic and reach more children with life-saving treatment sooner.

"Far too many children with tuberculosis are not getting the treatment they need," says Mr. Nicholas Alipui, Director of Programmes for UNICEF. "Most of these children live in the poorest, most vulnerable households. It is wrong that any children should die for want of a simple, affordable cure, especially where there are community-based options to deliver life-saving interventions."