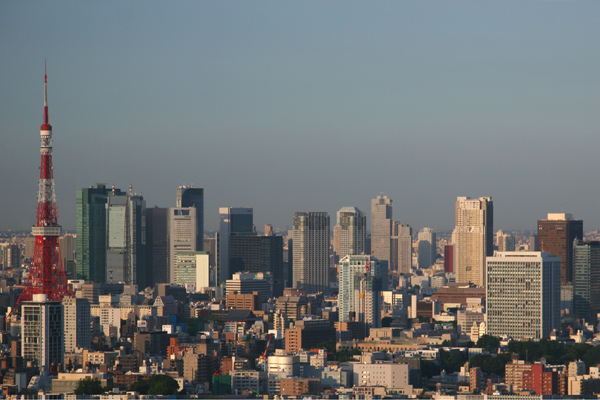 Japan, which has the lowest infant mortality rate and highest adult life expectancy in the world, is fast turning into an aging society. A survey by the country's Ministry of Internal Affairs and Communications indicates that, in September 2010, the number of people at 65 years of age and above stood at an all-time high of about 29.4 million, accounting for 23.1 percent of the entire population. According to data from the UN World Population Prospects, it is expected that one-third or more of the population in Japan will be elderly by 2050. This advent of an aging society will contribute significantly to the growth of the medical care and welfare market.

This has led to new business opportunities in generics, over-the-counter drugs and health management services. This apart, novel drugs and medical devices, including biopharmaceuticals and nanomedicines, are being developed in the country. Also, the entry of companies from other industries and countries in the life sciences market in Japan is leading to dynamic business activities.

In 2011, companies from the US, Germany, Taiwan and China set up operations in Japan to expand their research initiatives, and sales and marketing activities in the country. In March 2011, Vaxxinova GmbH, a German animal vaccine manufacturer that conducts research, development, manufacturing and sales of animal vaccines to prevent infectious diseases in chicken, pigs and fish, established its subsidiary in Tokyo. A month later, Golden Biotechnology of Taiwan, a health food and pharmaceutical manufacturer, also established its subsidiary in Tokyo to sell proprietary health foods (supplements). GBC also plans to sell pharmaceuticals in Japan in the near future.

China's BGI, a renowned genome research institute known for its contribution in decoding the genome sequences of SARS in 2003 and E. coli O-104 in Germany in 2011, set up BGI Japan in Kobe in September 2011. With the establishment of its base in Japan, BGI intends to expand the list of its collaborators and conduct more joint research with Japanese companies, researchers and universities. In November 2011, Cepheid, a US-based developer, manufacturer and marketer of gene analysis instrument systems, established a limited liability company in Tokyo to introduce and market the instrument and reagent systems for Japan's clinical diagnosis field. (Read Medical Devices: A hot segment in Japan)

A number of competitive strategies were witnessed in the second half of 2011. Teva acquired Kowa's 50 percent stake in Teva-Kowa Pharma, while also completing the acquisition of Taiyo. Fujifilm and Dr Reddy's Laboratories also signed an MoU to establish a joint venture.

Takeda is the largest Japanese pharmaceutical manufacturer in terms of sales, and has been in the position by a considerable margin for some time. Other leading domestic producers include Astellas, Daiichi Sankyo, Chugai and Eisai. Over the past five years, the fastest growing pharmaceutical companies have been Mitsubishi Tanabe Pharma, Dainippon Sumitomo Pharma, Ono, Kyowa Hakko Kirin, Shionogi and Otsuka. The leading foreign pharmaceutical companies in terms of sales in Japan are Pfizer, MSD, GlaxoSmithKline, Sanofi-Aventis, Bayer, Eli Lilly, AstraZeneca Roche and Novartis. A number of multinational companies are actively seeking to expand their operations in Japan, notably Pfizer, GlaxoSmithKline, Novartis and Bristol-Myers Squibb.

According to IMS Health, nine foreign pharmaceutical companies figured among the top 20 pharma distributors, who sell products to wholesalers in Japan. Of these, foreign companies have witnessed good growth as GlaxoSmithKline, Eli Lilly, MSD and Sanofi Aventis registered a growth of 28.5 percent, 21.6 percent, 15 percent and 12 percent, respectively. Ono, a local firm, registered a double digit growth, while the rest recorded single digit growth in the market. Similarly, in the top 20 list of leading pharmaceutical companies that conduct sales promotions through medical representatives, Pfizer leads the table and is followed by Takeda, Daiichi Sankyo and Mitsubishi Tanabe Pharma. Even in this space, foreign players have witnessed double digit growth over the local players, except, Ono and Kyowa Hakko Kirin, which recorded a growth of 13.6 percent and 10.3 percent, respectively.