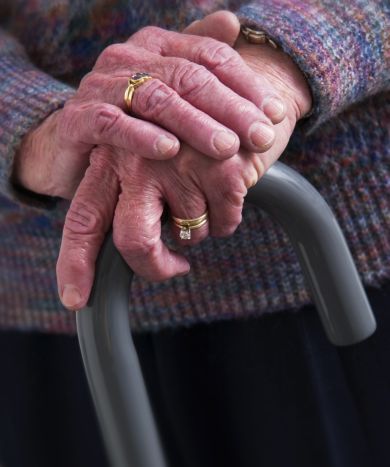 With Japan's aging population pushing healthcare costs upwards, the Ministry of Health, Labor and Welfare wants to increase the market of generic drugs

A rapidly aging population has burdened the healthcare system both in terms of funding and facilities and is of great concern for the Japanese government. To ease spending on healthcare, the government has slashed payments made to medical institutions. This has pushed the use of generic drugs, which in turn will help reduce expenses incurred by patients and improve public finances for medical insurance.

The government has set a goal to increase this share to 30 percent or more by 2012. To meet the goal, they are promoting the use of generics by revising prescription and dispensing practices, and by providing incentives to pharmacies that frequently prescribe generics. With these measures, the generics market is expected to grow, and many foreign generic manufacturers are entering the market to take advantage of the emerging opportunities.

According to IMS Health, the pharmaceutical market in Japan - the second-largest pharmaceutical market in the world - was about $120 billion in 2011. The hospital sector comprised 39 percent and general practitioners comprised 24 percent of the market, while the others category comprised the remaining 37 percent. The hospital sector and the general practitioners space recorded growth in the range of six-to-seven percent in 2011. (Read BioScience firms queue up for Japan market)

In terms of production value by therapeutic area, cardiovascular drugs, including anti-hypertensives, accounted for the largest portion at 20.7 percent. This growth can be attributed to the aging population of the country. Central nervous system (CNS) drugs, including psychoneurotic and antipyretic or analgesic and anti-inflammatory agents; metabolic drugs, including anti-diabetics; and gastrointestinal drugs, mainly for the treatment of gastrointestinal ulcers, also accounted for large shares. One of the recent trends in the industry is the increase in the production of psychoneurotics. IMS Health noted that while drugs against diabetes and CNS witnessed over 15 percent growth, therapies for anti-asthma and COPD, anti-thrombotic agents and psycholeptics witnessed 9.4 percent, 9.2 percent and 6.7 percent growth, respectively, in 2011.

Although stroke, influenza and pneumonia, coronary heart disease, lung cancers, stomach cancer, colon-rectum cancers, liver cancer, suicide, pancreas cancer and kidney disease are the top 10 causes of death in Japan, according to WorldLifeExpectancy.com, diabetes, a life-style disease, is growing at a rapid pace in Japan. This can make Japan an attractive market for Indian companies focusing on diabetes drugs. Some new anti-cancer drugs are also waiting for approval.

In the therapeutic areas of biotechnology-based antibodies and low-molecular-weight targeted agents, foreign-affiliated companies have demonstrated outstanding performance. With people becoming more health-conscious and the government emphasizing more on self-medication, the OTC market is expected to grow in the coming years, where non-prescription drugs containing the same active pharmaceutical ingredients as those in approved prescription drugs are sold. Japan's revised Pharmaceutical Affairs Law, effective June 2009, allows convenience stores and supermarkets to sell non-prescription drugs other than some high-risk drugs even without a pharmacist on staff on board if a registered salesperson is stationed there. In these circumstances, more foreign-affiliated companies that possess patents on active ingredients of prescription drugs are expected to enter the non-prescription drug market.

In the area of orphan drugs, including some vaccines that are less marketable despite high social needs, the government is offering intensified assistance for their development. Foreign companies are expected to play an active role in this area via entering partnership agreements with Japanese companies.