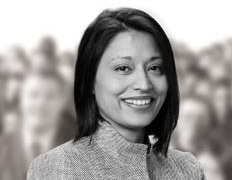 Lupin is India's third largest pharmaceutical company, and the fifth fastest growing generic pharmaceutical player in the US, the only Asian company to achieve that distinction. The last fiscal year was very successful for the company with its Indian formulations business growing at a rate of 20 percent, in comparison to the previous year. The company filed eight ANDA's and received 12 approvals.

After establishing a strong foot print in the US, Japan and South African markets, Lupin recently entered the Brazil market through the acquisition of Medquimica. The company has been vocal about its interest in expansion through acquisition and building a strong product portfolio. The company also announced the acquisition of South Africa's Pharma Dynamics, which distributes a range of branded, generic prescription medicines and over-the-counter (OTC) products in SA as well as other key markets across the African continent.

For Lupin, 2015 was a year of product approvals and launches. The company announced that it had received the final FDA approval for Bimatoprost Ophthalmic Solution, 0.03 percent that is indicated for the reduction of elevated intraocular pressure in patients with open angle glaucoma or ocular hypertension. The company also announced that it had received the FDA nod for its Vancomycin Hydrochloride Capsules, 125 mg and 250mg.

Lupin's Canadian subsidiary, announced the launch of its first branded product Zaxine in Canada, thus marking its entry into the Canadian markets.