Struggling To Ride Ahead

Struggling To Ride Ahead 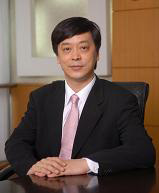 Shenzhen Neptunus Bioengineering clocked revenue of $1533.1 million in 2014, rising around 22.63 percent from the previous year. However, the net income growth rate slipped to $3.7 million, declining by almost 79.67 percent from the previous year. The company later announced private placement of 306,122,448 shares of its common stock at a price of $1.6 per share, to raise gross proceeds of up to $489 million.

The company intended to use the proceeds for repayment of bank loans and supplement working capital.

Shenzhen Neptunus Bioengineering is pursuing a US Phase II clinical trial of Polydatin Injection, a class I innovative traditional Chinese that aids microcirculation of the blood. The vaccine is also being tested as a treatment for myocardial ischemia, cerebral ischemia, shock and other cardiovascular diseases.

In the first half of 2014, the company revealed revenue of $757 million, an increase of 24 percent from the previous earlier and the net profit was accounted to $8.54 million.

In 2014, Shenzhen Neptunus Bioengineering started the production of approved drugs including Tegafur, Gimeracil and Oteracil potassium Capsules for gastric cancer.