Oncology is the largest pharmaceutical therapeutic area, and big pharma is investing billions of dollars in search of the elusive cancer cure. With all this investment and innovation, will we ever see a universal cancer cure? Let’s find out. 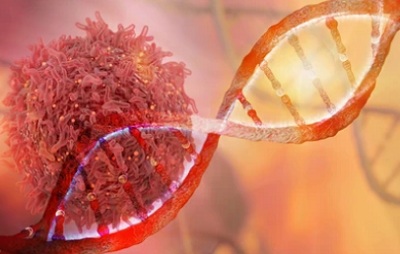 Oncology treatment has come a long way since the advent of chemotherapy in the 1940s. There have been tremendous advancements in the field of oncology, especially over the last two decades, resulting in improved quality of life and survival rates. There are more than 1,300 medicines and vaccines in development to tackle cancer, as of January 2021 (source: PhRMA).  Many innovative therapies have been launched and pharmaceutical companies continue to invest significantly in oncology research to advance the cancer treatment market.

“We also now have genetically modified cell therapies that produce impressive response rates for advanced forms of blood cancer. More generally, cancer populations are being defined not just by the tumor location but by an ever-growing list of biomarkers that have relevance for prognosis and the selection of appropriate targeted therapies. Chemotherapy is still an essential part of cancer treatment, but is increasingly being displaced or supplemented by innovative new cancer drugs,” added Chancellor.

The focus of cancer treatment is rapidly shifting from a traditional one-size-fits-all approach to precision medicine, tailored treatments for individual patients. Let’s look at the next wave of innovations making headlines in the cancer space:

Next wave of innovations

Until 2020, the US Food and Drug Administration (USFDA) had approved liquid biopsy tests for single genes. But in 2020, the US regulator granted two approvals for liquid biopsy NGS (next generation sequencing) companion diagnostic tests for multiple cancers and biomarkers.

It is worth noting that these are the tests for people already screened for cancer and aren't yet officially approved for first in line cancer screening.

US-based companies such as Thrive, Grail and Singlera Genomics are actively pursuing this technology for cancer screening.

“Liquid biopsy is becoming more sensitive and specific. I think in the not too distant future we will be able to detect many of the currently deadly cancers, such as pancreatic, ovarian, brain, etc. at a much earlier stage when they can be cured,” said Dr Igor Sherman, CEO, Alpha Cancer Technologies, Canada.

Cancer treatment historically has been developed according to their organ or tissue of origin. But in the last few years, there has been an uptick in tumor agnostic therapies for cancer i.e. where patients will be treated based on the genomic profile of the tumor, without regard to the cancer type or where the cancer started in the body.

The tumour-agnostic approach to cancer treatment offers great potential for growth in the oncology pharmaceuticals market.

On May 23, 2017, the USFDA approved the first ever drug in this segment to pembrolizumab (KEYTRUDA, Merck & Co.) for adult and paediatric patients with unresectable or metastatic, microsatellite instability-high (MSI-H) or mismatch repair deficient (dMMR) solid tumors. It’s worth noting that pembrolizumab was earlier approved for skin and lung cancer.

In June 2020, the USFDA approved another use for pembrolizumab to treat adults and children with unresectable or metastatic solid tumors that have a high tumor mutational burden (TMB-H) and other treatment options offer fewer benefits. Tumour mutational burden is the number of gene changes, or mutations, in a cancer cell.

The first FDA tumour-agnostic approval for a drug not already in use came in 2018, with the approval of US’ Loxo Oncology’s Vitrakvi (larotrectinib), a treatment for adult and paediatric patients whose cancers have a specific genetic feature (biomarker).

At least 10 further tumour-agnostic therapies are in development, based on a range of genetic mutations, according to a report in Cancer World. But whilst tumour-agnostic approaches have attracted a lot of attention, it is still a niche area.

The idea of altering a gene to cure or treat a disease is fairly new, but with the first USFDA approval of Novartis’ gene therapy Kymriah (tisagenlecleucel) for certain paediatric and young adult patients with a form of acute lymphoblastic leukemia (ALL) in 2017, that concept is now a reality.

As of February 2020, there are nine cell or gene therapy products approved in the US treating cancer, eye diseases and rare hereditary diseases.

Some of the innovative cell therapies in development such as Chimeric antigen receptor Natural Killer (CAR NK) and iPSCs (Induced pluripotent stem cells) are also being explored alongside CRISPR (clustered regularly interspaced short palindromic repeats), a high-precision gene-editing tool, which could be another game-changer in oncology.

New and more specific targeted therapies are being developed by many companies and some of them have already shown very high efficacy. In September 2021, Daiichi Sankyo and AstraZeneca’s Enhertu (trastuzumab-deruxtecan) had shown to significantly prolong survival in certain breast cancer patients.

In 2019, the FDA had approved both larotrectinib (Bayer and Partners)and Genentech’s entrectinib (Rozlytrek), which are both targeted therapies, to treat adults and children with solid tumors that have a gene alteration known as a neurotrophic receptor tyrosine kinase (NTRK) gene fusion.

“Toxicity remains a challenge, but identification of targets that are more specific for cancer cells and not present on normal cells, such as alpha-fetoprotein receptors, offer a possibility of highly effective and non-toxic cancer therapies,” said Dr Sherman.

Another latest trend in research is to study the microbiome as they can provide ingredients which the cancer cells can use to favour their growth in specific tissues and locations. Researchers have shown that the makeup of the gut microbiome of mice impacts the size and number of their liver cancer tumors. In other studies with human volunteers, researchers are finding more associations. For instance, one research has found that a more diverse microbiome could improve the effectiveness of immunotherapy treatments for skin cancer. Clinical trials are ongoing to learn more about how a healthy microbiome might affect many other types of cancer and related treatments.

Can Cancer be Cured?

Oncology continues to attract the majority of the investment in the pharma space.  In 2020, global oncology spending totalled $167 billions. In comparison, costs stood at $74 billions six years earlier in 2014, according to Statista.

Almost half of the cash spent by drug developers on company acquisitions and licensing deals has been directed at oncology over the past five years – a sum of around $120 billion, 41 per cent of the total deployed, according to Evaluate Vantage 2021 Preview.

With billions pouring in from investors and governments alike, will we be able to finally find a cure for this disease? Experts are wary about that.

“I am not sure if ‘universal cure’ is around the corner, but I am optimistic that in the next 10 to 20 years we should be able to cure a lot more people than is possible today and to provide a good quality of life for a much longer time than today to those we cannot cure,” opined Dr Sherman.

Echoing the same sentiments Chancellor said, “Lifestyle modifications (healthy diet, exercise etc.) are the closest thing possible that have proven universal risk reduction. But cancer is an inevitable consequence of human biology. If anything, the more investment that goes into cancer, the more evident it is that there is no such thing as a universal cure. The ideal treatment, one that has potential to be curative, has to be as closely matched as possible to the underlying cause(s) that result in the cancer in the first place. Each patient is almost unique in this respect, owing to the precise contribution of lifestyle, environmental and genetic risk factors.”

The cancer treatment market is on the verge of a paradigm shift, with gene and cell therapy, precision medicine gaining much more ground. There is a better hope that we are on the cusp of finding a suitable prevention and/or cure for this dreaded disease.