While the globalization of clinical research is driving growth in Asia, there are a few challenges relating to regulatory complexities, infrastructure and legal issues, and language and cultural hurdles. 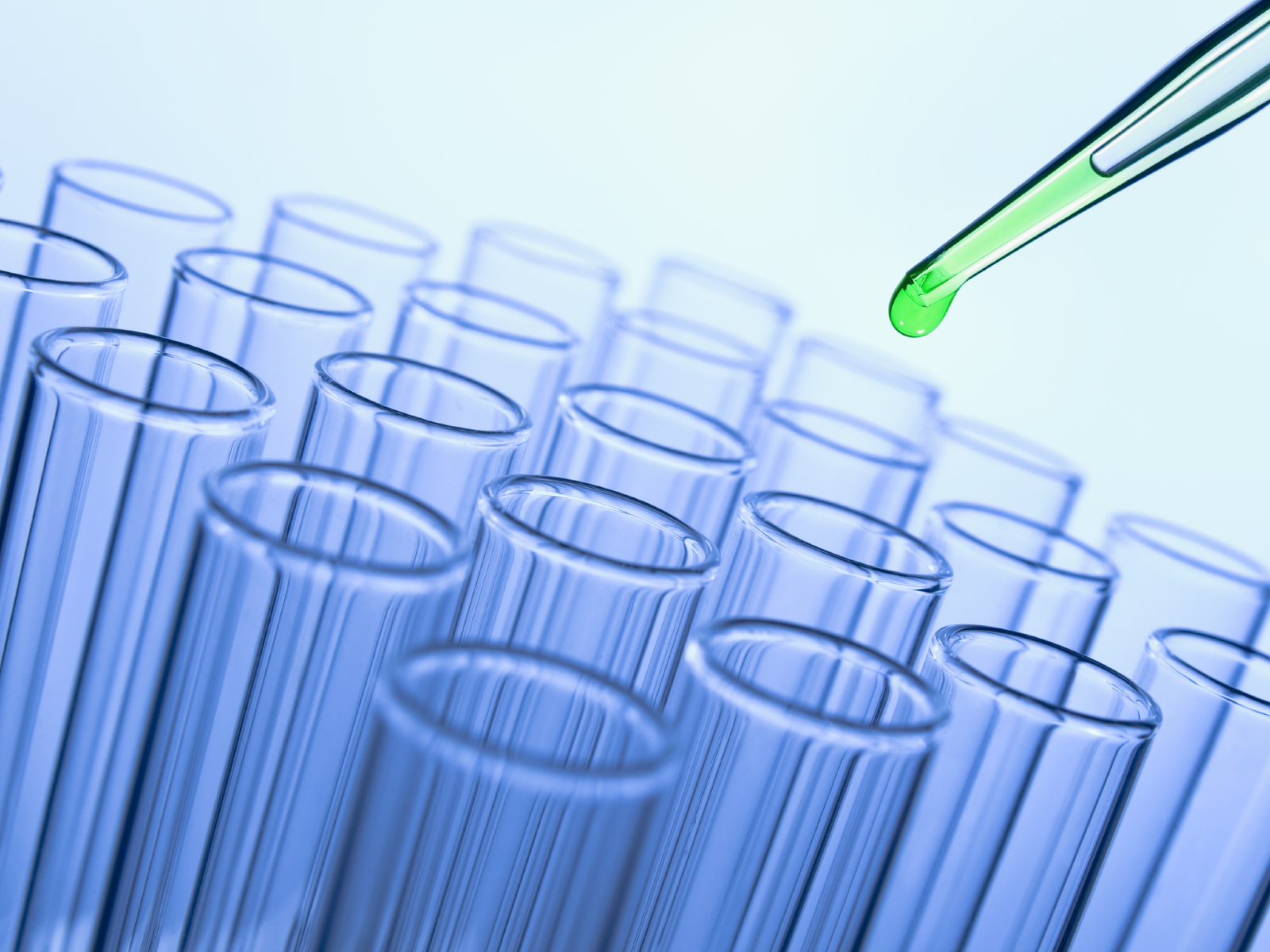 Globally clinical trials are expected to grow at a compound annual growth rate (CAGR) of 12.4 percent to reach USD57 billion in revenue in 2020 from USD31.8 billion in 2015. During 2015-2020, while the CRO market in North America is expected to grow at 10.4 percent CAGR, the Asia Pacific CRO market is forecasted to grow at a CAGR of 19.9 percent. The key drivers for this growth are increased R&D activity and shift toward outsourcing. More than three-quarters of R&D spending by biotechnology and pharmaceutical companies can be potentially outsourced. There is a significant increase in the CRO market, through increased outsourcing alone with penetration expected to increase from 29 percent in 2015 to 43 percent in 2020. Asian growth is expected to be even higher as clinical trial penetration in Asia in 2015 was even lower than the global penetration, at around 15 percent.

Asia is well positioned to become a preferred destination for clinical trials, due to number of attractive traits that include:

Broadly, the primary barriers to conducting clinical trials in the US and Western Europe involve challenges in participant recruitment and retention, resulting in longer lead times and high costs. Finding qualified and experienced investigators and key opinion leaders (KOLs) add to the already lengthy trial times.

Failure to meet patient numbers or timelines can delay product launch. A 2013 analysis found that almost 57 percent of trials fail due to low patient accrual rates that could translate into huge financial losses. Racial and ethnic minorities, women, and the elderly often are underrepresented in enrollments. For example, a study found that only 25 percent of elderly cancer patients enroll in trials, although they account for 63 percent of new cancer cases. Low participation has encouraged more biopharmaceutical companies to pursue clinical trials beyond the US and Western Europe. A study of 24 cardiac trials in the US found that 19 trials, with a total of more than 151,000 patients, included international participation. One trial for HIV-associated cryptococcal meningitis recognized low US patient enrollment and subsequently added Thailand as a trial site, where it recruited 99 patients in 5 sites. The trial added an average of 4 patients per site in Thailand over 3 months compared with 1 per site in the United States. According to EMA clinical trial data submitted between January 2005 and December 2011, 62 percent of patients were recruited from outside the European Economic Area and Switzerland.

A 2014 study estimated the cost of developing a prescription drug and gaining market approval at USD2.6 billion. The time and costs associated with conducting trials in the European Union have grown significantly due to higher insurance fees and increased administrative and resource cost for the trials. High costs are increasing the scrutiny companies and research centers give to the type of projects they take on, in terms of profitability. For instance, the willingness to undertake drug studies for orphan conditions, acute disorders, and diseases prevalent in poor countries is low compared with those that offer high sales potential. Many biopharma companies are exploring ways to reduce drug costs, including undertaking clinical trials in lower cost locations. The clinical trials process can be time-consuming. The average time from clinical testing to gaining approval to market the drug is roughly 7 to 8 years, while the full process from discovery to registration takes between 11 and 15 years. The lengthy review times of both the US FDA and the EMA add to the drug development process. Though both organizations have introduced priority procedures to minimize delays in launching clinical trials, the drug development process as a whole remains lengthy. Navigating complex regulatory and administrative tasks are also issues. For instance, regulations concerning informed consent and patient privacy enacted through the US Health Insurance Portability and Accountability Act (HIPAA) and unclear regulatory pathways for certain disorders affect the duration of clinical trials. In the US, sponsors must not only follow federal regulations but also adhere to state and local policies in multi-site trials. The same challenges apply to European Union member country policies.

Why Asia is a Preferred Destination for Clinical Trials?

Urban populations globally have grown from 746 million in 1950 to 3.9 billion in 2015; they are expected to hit roughly 5.0 billion by 2030. Asia is home to 53% of the world’s urban population, and its urbanization rate is highest, increasing by 1.5% per year compared to Western countries that are growing at less than 0.4% annually. By 2030, 58% of the urban population is likely to be concentrated in Asia.

In 2009, the world’s middle class included 1.8 billion people, of which 525 million lived in Asia. The middle class is forecast to grow to 3.2 billion by 2020 and to almost 5.0 billion by 2030. Asia’s share of this population will increase from 28% in 2009 to 66% in 2030; middle class consumption in the region will grow from 23% of the global total to 59% over the same period. The emerging middle class in developing nations plays an increasingly vital role in economic and social development and serves as a potential growth engine. By 2030, 4 of the top 5 emerging markets in the world will be in Asia: China, India, Indonesia and the Philippines are projected to hold the best middle-class potential due to their strong income growth. Rising disposable incomes and health awareness in Asian countries makes the region an important consumer market, warranting early engagement by biopharma companies at the clinical trial stage.

Asian countries are beginning to show similar or higher incidence rates of major diseases to Western nations, providing a comparable environment to conduct clinical trials. While most disease patterns in Asia increasingly mirror those of Western countries, certain conditions show particular spikes in prevalence, such as gastric and esophageal cancer in China, liver cancer in South Korea, and hypertensive heart disease in Philippines. The high incidence and prevalence of certain diseases in Asian countries make the region extremely attractive for conducting clinical trials, given the shortage of patients in US and Europe for these diseases.

Many Asian countries and sites are global leaders in relevant therapeutic areas. The National Taiwan University (NTU) Hospital is a leading facility for cardiovascular treatments and carried out more than 500 heart transplants as of 2014 with a success rate exceeding 90 percent. NTU’s College of Medicine specializes in cancer research and clinical trials for novel drugs in parallel with Western countries. Japan, China, Singapore and South Korea are front-runners in stem cell therapy due to market-friendly government regulations and significant funding. China alone has 17 academic institutions and hospitals that contribute to regenerative medicine research, with 72 ongoing trials. Japan has conditional marketing approval options for renegerative medicines24, creating growth opportunities and placing Asia on the world’s clinical trials map.

In 2015, Asia-Pacific boasted more than 1.0 billion smartphone users. The number of users is expected to increase at an annual rate of 7 percent through 2019. Smartphone adoption in 2015 among mobile phone users was 40.8 percent; it is likely to increase to 51.5 percent by 2019. China alone accounts for 28.3 percent of all smartphone users globally. South Korea also is technologically advanced and digitally connected: Almost 80 percent of South Koreans own a smartphone; penetration is even higher among those aged 18 to 24, at 97.7 percent. Japan’s 2016 Internet penetration rate of 91.1 percent was higher than at the United States’ 88 percent; while South Korea, Taiwan and Singapore mirror Western nation standards.

Asian countries are aiming to become more competitive by building appropriate site experience, technological expertise, infrastructure, and scale to manage large clinical trials. Large hospitals in the region, such as the Chang Gung Memorial Hospital in Taiwan with 9,000 beds and serving 28,000 outpatients a day, offer massive scale for clinical trials. By comparison, the largest US hospital New York Presbyterian University Hospital has 2,478 beds. China boasts at least 16 public hospitals with more than 3,000 beds each28. St Mary’s Hospital in Seoul has 6,000 beds and the Asan Medical Center, also in Seoul, has more than 2,700 beds, serving 11,000 outpatients on average per day. South Korea provides extensive healthcare services and is home to more than 93,000 practicing clinicians, 3,600 hospitals, 43 teaching hospitals, and about 60,000 clinics. Some South Korean and Japanese hospitals not only have the latest equipment, technology, and infrastructure, but also maintain a de-identified patient and trial database. One example is South Korea’s SCI-Consortium, which includes 4 leading hospitals, 1,545 investigators, 177 dedicated beds for clinical pharmacology studies, and 30,000 active patients enrolled in clinical studies. The SCI-Consortium has developed a clinical data retrieval system that enables queries of clinical data from more than 10 million de-identified records derived from inpatient and outpatient care activities and provides precise information to find eligible patients for clinical trial research. The system allows much faster recruitment of either patients or healthy volunteers.

Several Asian countries are adopting EHRs and utilizing digital technologies to go paperless. South Korea is a leader in building IT capability to provide online access to health information, though not mandated by the government. A 2014 study cites EHR adoption of more than 80 percent in tertiary hospitals. The Seoul National University Bundang Hospital was the first non-US hospital to achieve the HIMSS Analytics Stage 7 standard for highest electronic medical record adoption. This hospital is fully digital, with all medical data and records on its server. China is also expanding its EHR adoption, with 50 percent of tertiary hospitals, 30 percent of urban health centers, and 20 percent of rural hospitals using EHR systems as of 2014. The adoption rate is likely to reach 80 percent in tertiary hospitals by 2020. The Chinese government plans to implement EHRs in at least 50 percent of urban clinics and rural hospitals over the same period. Hong Kong’s government intends to increase EHR adoption to 60 percent by 2019-2020 from the current 30 percent, approaching the US adoption rate of 69 percent.

While the globalization of clinical research is driving growth in Asia, there are a few challenges relating to regulatory complexities, infrastructure and legal issues, and language and cultural hurdles.

Engagement and timelines: Undertaking clinical trials in Asia requires an appreciation that the regulatory regimes are heterogeneous. The Institutional Review Board (IRB) approval, regulatory, import licensing and contract negotiations are undertaken simultaneously in some countries, while others carry them out separately. Asian countries also have varying requirements for local language translation, import or export licensing, and data on local patients.

In the US, Europe and Australia, standard of care is generally provided by the patient’s normal payer during 26 CoverStory BioSpectrum | June 2017 | www.biospectrumasia.com a clinical trial. This may be the relevant government agency or the patient’s insurer. In most Asian countries however, sponsors are required to pay for the standard of care. This is even the case in health systems with high levels of government support such as Korea, Japan and Taiwan.

Asia’s R&D and infrastructure is mostly concentrated in wealthier metropolitan cities. While there has been significant progress in technology adoption for use in hospitals and patient services, there may be infrastructure issues in smaller cities or fast growth cities with insufficient infrastructure investment. Technology dependent data capturing methods and backup infrastructure may need to be planned.

Megacity growth rates have resulted in traffic congestion in a few Asian cities. Road transport logistics must therefore be planned in advance in some Asian cities to ensure diagnostic samples or investigational products are not compromised. CRO vendors need to have different approaches for time-sensitive transportation, such as multiple drug depots or temperature controlled couriers to ensure crucial patient samples or drugs are not affected in transit.

Asian governments have created a more robust IP protection system over the last few years. India and China have made substantial improvements in IP legislation alongside efforts to digitize operations and hire additional staff. China has defined a long-term IP rights strategy, with the overall goal to become an innovation economy by 2020, as stated in its 2011 Five-Year Plan. The government of Indonesia has also launched policy statements and actions for IP protection.