China: Is this an end to foreign monopoly?

China: Is this an end to foreign monopoly? 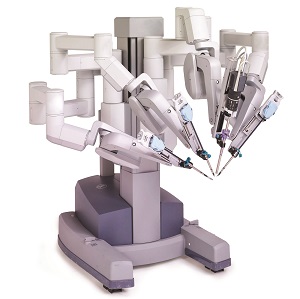 Once the innovation is stopped every player faces an equal threat

Singapore: With 1.3 billion population and a burgeoning middle class, China has witnessed an unprecedented increase in healthcare consumption. The $17bn medical device market of China is currently one of the most lucrative and promising markets for the medical devices industry. The market of China is currently ruled by foreign players who enjoy more than 70 percent of the market share. Despite a 20 percent increase in public spending, China makes up only 2 to 3 percent of the global market for medical devices.

While China today records a healthy trade surplus with most western countries, the medical device industry which plays a key role in the health and well-being of people still records a high trade deficit. Foreign players benefit from the general perception among the Chinese that foreign medical devices are of a better quality and worth paying a premium for. According to the China Medical Pharmaceutical Material Association, imported medical devices tend to sell in China at double the prices than in other countries.

For long, China was symbolized as the 'world's factory' for cheap and low-end products. Medical devices have strict regulatory restrictions and 'Made in China' was not an acceptable brand. However, as the market has grown, so has talent and technology in the country, thus changing the idea that Chinese products are inferior. With overall development in quality systems, many Chinese companies are now aiming to grab a slice of the market share. Indigenous companies like Mindray, Microport, Lepu, Lifetech Scientific, and Fosun pharma have grown in size and a number of them are now big suppliers for the Chinese and other global markets. Recently, Lifetech Scientific made headlines when its Class III medical device product Ceraflex Occluders was shipped into the Western markets.

"The new CeraFlex is very practical! A key advantage is its residual shunt detection capability, attaining better positioning," said Professor Horst Sievert from The Cardiovascular Center Frankfurt, the main surgeon of clinical trial of CeraFlex in Europe thus stated his praise for the product.

Just five years or even five months ago it would have been impossible to imagine implanting a medical device Made in China, which would stay with the patient for the rest of his life. Through its collaboration with Medtronic, a global leader in the medical devices market, Lifetech successfully managed to make an entry into the mainstream medical device market overseas.

"When CeraFlex conducted clinical trials in western countries, doors were shut because consumers did not have any confidence in us," recalled an engineer from Lifetech, "At that time, the doctor and the patient were ready for the operation and we, as engineers, were recording the data of product use within the operating theatre, but when the patient heard me and my colleagues talking in Chinese on the operating table, he immediately pulled out the devices [connected to him] and refused to undergo surgery. It was a heavy blow for us at the time but it also motivated us to work harder and increase their confidence in our products."

China's low-end medical device market is however dominated by local small-medium enterprises and is highly fragmented. At present, China boasts of more than 3,000 domestic players who enjoy limited market share and function on a small scale. These companies' possess a handful of profitable products with low level of technology. Though a few of these products make their journey overseas, with Class III medical device markets, that has the highest risk standards, no Chinese companies have succeeded in gaining market traction. Many domestic players have perspicaciously noted the need for change and have earmarked considerable manpower resources to invigorate this industry and elevate it beyond the norm in China onto the international stage.

In an exclusive interview to BioSpectrum, Mr Anand Shirur, CMD, South Asia and China, Convatec, noted, "The Chinese medical devices industry is evolving. The ability of the Chinese to perfect an operation is indeed remarkable. With many manufacturing companies setting up their presence in China, and many young talented Chinese closely involved with quality and regulatory operations, the country has learnt a lot. One day they will be able to overcome the stigma associated with Chinese products."

So how did a Chinese medical device company manage to achieve this? In 2012, Lifetech signed a strategic investment agreement with Medtronic and through close and highly efficient communication strategy, Lifetech has benefitted from Medtronic's expertise in product development, QC systems, production technology, enhanced production capacity and optimized supply chain in conducting clinical trials, and adopted its techniques and systems to its own operations.
In two years' time, Lifetech invested nearly RMB50 million to perfect its QC system and complete registration requirements, optimize testing methodologies, enhance technology, and training and ultimately made substantial improvement across its operations and quality systems. Mr Zhao Yiwei, executive director and CEO of Lifetech, said, "Medtronic opening its overseas distribution network to Lifetech marks a breakthrough of Chinese local brands matching the globally accepted stringent standards of medical devices."

This is not the story of Lifetech alone. Lepu Medical technology, headquartered in Beijing, is another example. Five years ago, none of its products were sold in the western markets. But today, while 80 percent of its sales is in China, 20 percent products are sold overseas. Companies like Mindray, that specializes in low cost imaging systems and monitoring equipment have seen their revenue growing on an average at least by 25 percent every year, over the last five years.
The company began by selling inexpensive medical equipment to low-tier Chinese hospitals, ignoring the top-tier hospitals that bought premium equipment from companies like GE and Philips. The Chinese medical devices industry is seeing a revolution with many medical device companies being ISO 13485 certified. Pricing is another major factor that provides domestic companies an edge over their foreign peers.
Mindray's ultrasound machines are at least 45 times cheaper than similar machines produced by Philips. Besides government support, the major reason is the adoption of global standards. Mr Shirur explained, "There are many reasons that fueled this change. In my opinion, the major catalyst is that lot of Chinese nationals are working abroad in many top-class medical devices companies. These Chinese have realized the business prospects of the market and returned home setting up successful units in the country. With economic growth spurting in China they will continue to make a mark."

The new policy aims at targeting the tier-III hospitals that are currently procuring medical devices from foreign players. According to the Hong Kong Trade and Development Council (HKTDC) hospitals are the biggest distribution channels for medical devices in China, accounting for almost 80 percent of the market. Mr Shirur said, "There is an intrinsic drive in the Chinese government as they are trying to leverage local players to cut down healthcare costs. The Chinese government is making a strategic move by encouraging top hospitals to use local medical devices and thus speak for even the smaller hospitals who will eventually follow suit."

The combined effect of favoritism towards domestic-manufactured goods and the consolidating pressures with public hospitals prefer China devices, will require foreign device companies to develop their China manufacturing and sales capabilities much faster than many have expected.

Ceraflex's entry into the western markets is considered a revolution by many market analysts who commented that this would be an important step in the globalization of Chinese products and steer the entire industry towards high-tech, world-class quality, thus inspiring the development of more outstanding products in China. Added Mr Yiwei, "Our achievement strongly demonstrating that Chinese brands can be recognized as world class enterprises and can be marketed to the mainstream market and gain the trust in the West through their brand awareness and channels network."

Lifetech blazed a trail which many other Chinese companies might follow thus posing a threat to international players both in China and markets overseas. Many Chinese devices can now compete with western products. With government reforms and numerous local advantages, Chinese manufacturers are giving international players a tough competition both in terms of quality and pricing. Will this pose a threat to foreign players? Well, Mr Shirur said, "The demand for medical devices is growing at a healthy double digit rate in China and with such a huge market expansion there is opportunity for everyone to play. As long as foreign players or even the Chinese companies innovate and offer top class products, there is no threat. Once the innovation is stopped every player faces an equal threat."