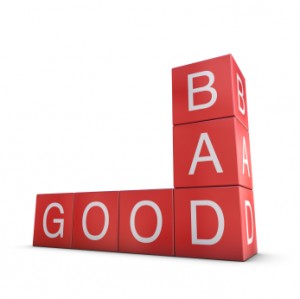 Trends in the TB diagnostic markets in India have been changing drastically. Serological TB tests have been very popular in the Indian private market for the past several years, despite the fact that these are known to be inaccurate, inconsistent and of no clinical value for TB diagnosis.

According to a paper published in the National Medical Journal of India, "Despite the evidence and lack of any supporting policies, 1.5 million TB serological tests are estimated to be done in India and as a result, patients end up spending an estimated $15 million (Rs80 crore) per year." In fact, another market research survey has estimated that, more than $40 million (Rs200 crore) are spent on TB serology in India annually.

In the editorial of the Indian Journal of Medical Research, published in November 2011, Professor Sarman Singh, head, division of clinical microbiology and molecular medicine, All India Institute of Medical Sciences (AIIMS), and Dr VM Katoch, director general, Indian Council for Medical Research (ICMR), discard the claims of manufacturers as misguiding. They point out that there are more than 73 manufacturers of TB serological test kits. There are at least 24 TB rapid test kit manufacturers from China alone, followed by the US. India has eight rapid test manufacturers. Most of them claim 95-to-100 percent sensitivity and specificity.

Serological tests for TB - Boon or bane
The recent ban on serological diagnostic test by the government of India has cast a shadow on the rampant rise in the popularity of these tests. Although agreeing with other experts on the banning aspect, Professor Singh differs slightly on an important aspect. "I am still not sure whether the kits are being imported. Perhaps, some kits of old stock are still available with some firms," said Professor Singh.

Dr Navin Dang, director, Dr Dang's Laboratory, said, "We must not look for the so called market potential of such kits. It is a fact that these kits were earlier being used by all the labs but after the ban, all the responsible companies have discontinued the use. However, these kits are imported and used illegally. Hence, we must not encourage this market by any means whatsoever."

Since July 2012, one of the major diagnostic lab networks in India, SRL Diagnostics has stopped offering TB serology assays at all its lab locations. Many people like Dr Madhukar Pai, associate professor, McGill University, Canada, believe that, although many large labs have stopped using TB serology, the small ones are still continuing to use them, especially the rapid (lateral flow) test versions. When questioned, few of the small time labs pointed out that such tests are available in almost 80 percent of the labs, mostly in remote areas. However, fearing the legal implications, no one was ready to say anything publicly about the mechanisms of importing and distribution.

Dr Pai feels that there is no valid, accurate test for TB using blood as the sample. He says, "Nowhere in the world is active TB diagnosed using blood specimens. So, from that perspective, there is no real alternative. There is a FDA approved, acceptable blood test for latent TB infection (not active TB), which is called as QuantiFERON TB Gold (marketed in India as TB Gold). Some big labs have started replacing antibody serology tests with this TB Gold, but that is a big problem. TB Gold cannot separate latent infection from active TB and therefore will show positive results for a large number of Indians."

Alternatives to serological tests
Experts say that, if doctors and labs are willing to use sputum (not blood), then there are some really good alternatives. Sputum smear microscopy is the standard test used in many countries. In addition, there is liquid culture which can produce highly accurate results within 10 days. More recently, WHO has approved the GeneXpert test (Cepheid, California) and this test is being scaled up in over 20 countries. It is much more accurate than sputum smears and can produce results within 90 minutes.

The recent trend is the scale up of GeneXpert and the efforts made to make it more affordable. The use of this test will definitely increase in India, and if it can replace TB serology, that will be a welcome move. Several newer molecular tests are entering the market, including a product by Molbio, an Indian company (joint venture between Tulip Group and BigTec Labs).

Researchers are working on all fronts for early diagnosis, detecting drug resistance and also to find better treatment options. Recently, breath-based TB screening test has been reported to have improved performance at two clinical sites in India and Philippines. It needs further stringent evaluation and may have the potential to be useful as a TB screening tool as a point-of-care diagnostic in future.

Dr Ranjan K Nanda, scientist, International Center for Genetic Engineering and Biotechnology (ICGEB), New Delhi, India, is hopeful about the recently developed molecular-based tests, as these have proven to have high sensitivity and specificity. However, he also speaks of the limitation of these tests in terms of the infrastructure required for effective use. "I think the culture test will remain as a gold standard and capacity building for these tests should be given high priority in every state of our country. TB and/or HIV incidence rates could be taken as an important factor for locating places for culture test," added Dr Nanda.

Meanwhile, a consortium of private labs coordinated by Clinton Health Access Initiative (CHAI), New Delhi, India, is being put together in India, to make WHO-endorsed tests much more affordable in the private sector. This consortium will likely begin operations by end of February 2013, and will offer three WHO endorsed products namely GeneXpert, Hain GenoType MTBDRplus test for multidrug-resistant tuberculosis (MDR-TB), and Mycobacteria Growth Indicator Tube (MGIT) liquid culture at much lower costs.