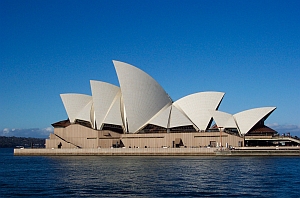 Increase in aging population along with rising burden of non communicable diseases in Australia have been putting pressure on the government to offer drugs at affordable prices and to lower cost of healthcare. The bioscience industry (mainly generic players and medtech firms, biotech companies and healthcare players) will see growth opportunities in near future due to the introduction of price containment policies. However, the government wants to cut down the rise in expenditure on pharmaceutical benefits scheme (PBS).

In this regard, the government has already announced price reductions of 75 drugs in December 2011, which will be effective in April 2012. This cost control measure will help the government to save $1.9 billion over a period of four years. In December 2011, the government also released a blueprint for reforming the Therapeutic Goods Administration (TGA), following the assessment of recommendations by the working group on the promotion of therapeutic products.

In February 2012, the parliament approved a proposal for conducting tests on the private health insurance (PHI) rebate. The changes will help the government save $801.4 million during the financial year 2012-13, helping it to achieve its $1.6 billion budget surplus goal. In May 2012, the federal government while presenting the budget for 2012-13 announced a surplus budget of $1.6 billion.

Despite the fact that job losses, falling sales growth, a high dollar value and increased costs created a difficult business environment, the Australian medicines industry managed to achieve its best export performance on record in 2012, with exports topping $4.3 billion according to new figures published by the Australian Bureau of Statistics (ABS) in February 2013. The new ABS report shows that exports of pharmaceutical and medicinal products were up $578 million or 15 percent on the previous year. Biotech success abound
There are currently 100 Australian Stock Exchange (ASX)-listed life sciences companies, with a market capitalization of $40.7 billion (BioForum, Oct 2012). In the global context, the Australian biotech sector boasts of the largest listed biotechnology sector as a proportion of GDP in the world (Beyond Borders, 2011). More recently the federal government introduced a R&D tax incentive, which is attracting attention from global investors. The emerging trends of foodtech and cleantech have gained momentum in Australia, and the medtech sector is surging forward, to follow in the footsteps of medtech industry pioneers, Cochlear and ResMed.

Manpower in medical technology companies are highly qualified with 50 percent of staff having a tertiary qualification and 21 percent having a postgraduate qualification. Amalgamations of major companies with staff of over 100 occurred in the 2011-12 year. In the same time period the number of member companies who employ between 20-to-100 staff has increased from 77 percent-to-79 percent of the industry. According to Fact Book, the total revenue for the Australian medical technology industry for 2010-11 was $10.02 billion. If sales of IVDs are also included, the revenue is $10.9 billion, and with the further addition of dental products, around $11.7 billion.

The annual growth rate of the industry has decreased from 9.5 percent in 2009 to 4 percent in 2012. The other category includes consultancy and licensing fees. The majority of companies generate under $20 million turnover a year (although some companies do generate over $450 million). In 2010-11, 76 percent of revenue was generated by sales of consumables followed by equipment (19 percent). Hospitals are the greatest user of medical technology products accounting for 85 percent of revenue.

Decline in exports stabilizes
Nearly all medical technology products manufactured in Australia are exported. In 2011, the value of medical technology imports was $3.3 billion and the value of medical technology exports was $1.2 billion. Historically exports and imports grew at comparable rates. However, from mid 2009 imports remained fairly static while exports declined. In the first half of 2012 the decline in exports appears to have stabilized. New Zealand is Australia's most popular export destination with 75 percent of companies exporting to its closest neighbour. Europe (including the UK) is the highest value market providing 39 percent of export revenues, followed by New Zealand (27 percent), the US (23 percent) and Canada (16 percent).