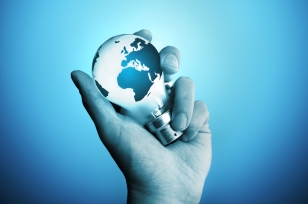 Innovation is the new mantra for medical devices

The medical devices industry has progressed by leaps and bounds in the recent past and this is evident from the several innovative strides that some of the firms in this sector have taken. US-based company Sunshine Heart, which is also listed with the ASX, developed C-pulse Heart Assist System for patients living with class III heart failure. The device comprises an implantable inflatable cuff that wraps around the ascending aorta and is connected to electrical leads that sense and track the rhythm of the heartbeat.

Another company, WEB Biotechnology of Singapore, has designed Spyder, a tiny, wireless ECG sensor and display that revolutionizes personal ECG and heart rate monitoring with its small size and ease-of-use. Besides displaying ECG waveform, the device provides accurate measurements of a person's heart rate and metabolic rate.

Australia's HeartWare has developed implantable Left Ventricular Assist Devices for the treatment of advanced heart failure. It is a miniaturized implantable centrifugal pump capable of producing up to 10 liters per minute of blood flow. Similarly, India's I2iHealth has developed Lung Flute, a non- invasive device, which is used for sputum induction by patients of chronic respiratory disease. The device generates low frequency sound waves when the user blows through the device. It has been designed in such a way that these sound waves travel back to the lungs and liquefy deep-seated sputum, which is then expelled by huff coughing.

These are just few of the evolving technologies in medical devices being designed and developed across Asia and the landscape is getting more fascinating by the day. The medical device industry is striving to deliver healthcare solutions in a smarter way and diagnostics and multinational companies are playing a big role in this effort. Companies are leveraging on renewable and sustainable energy, remote patient monitoring, combination devices and medical robotics allowing high precision surgery to revolutionize healthcare in many ways than one. One of the trends is towards miniaturization which, the industry believes, will direct future innovation in medical device design.

Some of the fast adaptive and innovative medical devices that have made a mark in the healthcare scene are a blood pressure monitoring device, wireless pulse monitor; electro enphagraphy (EEG) and a headband-like device through which real time brain waves are transmitted. Remote fetal monitoring, remote cardiac monitoring, diabetes management solution are some solutions developed for managing patients remotely and instantly. Also, solar-powered medical devices are being developed for medical imaging equipment specifically designed for low-resource countries.

According to the analyst, the US, Japan and Germany are the prime consumers of medical devices and are also the leading producers and exporters of high quality and high-tech medical instruments and equipment. Besides, there is a strong growth in the middle-income countries such as China, Brazil, Mexico, India and Turkey.

Innovative medical devices and diagnostic kits create multidimensional impact on society by influencing health management and its efficiency cycle. Medical devices that are durable, can be easily maintained and operated with ease elevate the level of healthcare by making home healthcare possible.

Australia-based iSonea is also at the forefront of smart healthcare market, developing innovative devices to manage and monitor asthma and other respiratory disorders like chronic obstructive pulmonary disease (COPD). The company has developed acoustic respiratory monitoring products that are non-invasive and require no physical exertion by patients. Its devices harness up to the minute digital technologies to herald a new era in management of this global concern.

Researchers at Nanyang Technology University and National University of Singapore have developed the Master And Slave Transluminal Endoscopic Robot, a no-scar surgical robotic system, which can be used in tandem with a conventional flexible endoscope. The developers claim it to be the world's first no-scar, no-cut surgery.

Research institutes are developing high-performance robot-assisted surgeries that use sensing technologies such as robotics engineering endoscopic techniques. Olympus in Japan has developed a surgical robotics system, NEDO, a teleoperational system meant for early cancer diagnosis and treatment in gastrointestinal, thoracic and neurosurgery.

Analyzing the growing space for robotic surgeries across Asia, Frost & Sullivan has reported that in Korea, since its introduction in 2005, more than 13,000 robotic surgeries have been performed till 2011. The country ranks second globally in terms of robot surgical devices.

In India, initially confined to chest surgeries (60 procedures performed as of 2010), healthcare players are exploring possibilities of such surgeries in urology and gastroenterology. In anticipation of the growing demand, Fortis plans to establish around 10 robotic surgery centers across the country by 2013.

Clearstate estimates the market for minimally invasive surgery devices is expected to grow at annual rates of over 15 percent, as "the benefits to the patient as well as the hospitals will continue to drive the demand", he says says.

Roadblocks in delivering healthcare smartly
However, there are challenges involved in delivering healthcare in a smarter way to public. Mr D Mishra, CEO of i2India Industry, points out that high price may not make technology affordable for mass market as most of the expenses are out of pocket. "However, new innovations require higher prices to initial customers," he says.

Besides the price hurdle of new technologies at the initial stage, regulatory framework poses a big challenge for the Asian innovators to get access to international market. Dr Lawrence Ho from Singapore wanted to launch international clinical trial of his MASTER robot but stringent regulatory framework of the US and Europe stopped him from entering the developed countries and the first clinical trial was conducted in India and Hong Kong.

Mr Jayant Singh, associate director, Medical Technology, Healthcare Practice, Frost & Sullivan South Asia & Middle East, shares his insight on the landscape of medical technologies in India and the challenges involved. "There are a lot of things being done on paper, but when it comes to real-time innovation, the success rate is very low. Companies such as GE, Philips and Wipro have set certain milestones in smart medical technologies, but the local industry has to gear up for such accomplishments."

Mr Singh further mentions that regulatory environment poses a challenge in market access. "In India, the regulatory framework for medical technologies is vague or absent, and it very much follows the stamp of the FDA, EMEA or the TGA. This makes it difficult for local players to get their products approved in the country."

Given the number of innovations on in medical technology, the market is open to new things. Countries such as India, China, Singapore and Korea are spending on healthcare technologies that reduce patient time in hospitals. However, getting through the regulatory approval process is a nightmare to technology developers.

However, the pace of innovations in medical technology is accelerating, giving way to efficient clinical outcomes with less complex procedures and lower costs. This brings a fundamental change in healthcare delivery, creating space for new and low cost diagnosis, monitoring and treatment procedures.