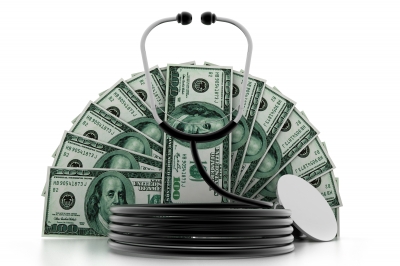 Singapore: Private equity and venture capital (PEVC) investment in the global pharmaceutical and biotechnology industry has dropped from 1063 deals in 2010 to 480 deals in 2013, according to a report by Frost and Sullivan. However, the number of initial public offerings (IPO) in the global biotechnology sector surged by 100 percent between 2012 and 2013.

According to the report by Frost and Sullivan, heightened PEVC deal activity in the global healthcare industry during the recession years, 2008-2010, witnessed a decline post 2010. However, the fall in deals was not uniform among the constituent sectors, with the pharmaceutical, biotechnology and healthcare equipment sectors experiencing a much sharper decline in investor interest than the healthcare technology and provider segments. Investors started to bet on providers based with the conviction they can provide quicker and safer returns than the pharmaceutical and biotechnology space, which is ridden with regulatory challenges and patent expiries.

"PE deals in the pharmaceutical sector have been relatively stable over the post-recession period whereas activity in the biotechnology segment began to decrease after reaching its peak in 2010, due to the uncertainty caused by healthcare reform in the US, long incubation periods, and delayed approvals," said Dr E Saneesh, financial analyst, Frost and Sullivan. "VC deals across both these sectors also started to plummet from 2011 due to risks associated with regulatory uncertainty, long gestation periods, and increased cost of production."

However, the strong comeback of initial public offerings (IPOs) in 2013 signals a positive outlook for investment in the pharmaceutical and biotechnology industry. IPOs in the pharmaceutical industry also rose with 11 deals in 2013, after the volume of IPOs declined to almost one-sixth of the sector's value between 2011 and 2012, says the report.

"PEVC investors in the global pharmaceutical and biotechnology industry have demonstrated maximum interest in oncology drugs, followed by anti-infective drugs and pharmaceutical contract laboratories," stated Dr Saneesh. Adding, "They have also concluded the maximum pharmaceutical and biotechnology related PEVC deals in the U.S. and are expected to continue to do so in the forthcoming years. Industry players most aligned with these trends will be well positioned to obtain financial support from PEVC investors."