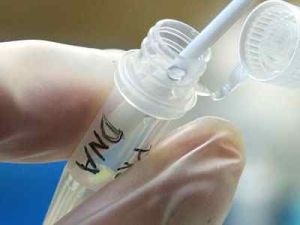 The rush for breast cancer gene testing has just begun

The World Health Organization (WHO) has estimated that about 30 percent breast cancer cases can be avoided if the cancer is detected in the early stages. About 7.6 million people across the globe lose their lives to breast cancer each year. With these staggering figures only rising with each passing year, it is not a surprise that many private healthcare companies have jumped into action post the US Supreme Court verdict.

The verdict sure has taken a middle ground, making no one a winner, but has effectively ended the 20 year long dominion of one company that had a way of predicting one's susceptibility of breast and ovarian cancer. For a long time, the BRCA test being offered by Utah based molecular diagnostics company Myriad Genetics was the only test in the world that could 'legally' test for two major gene mutations and could predict the chances of hereditary breast and ovarian cancer.

While Myriad is claiming no damage post the verdict, the genomics industry has unanimously welcomed the decision of the highest court in the US. "The cost of genetic testing should come down considerably," Dr Harry Ostrer, Albert Einstein College of Medicine, Yeshiva University in New York, and a plaintiff in the case said after the case. Dr Ostrer further noted that there were about 4,000 gene-related patents that can now be challenged, and he predicted that additional tests for heart conditions and neuromuscular diseases will become available.

Merely hours after the US Supreme Court verdict was announced, two companies and two academic labs came forward to offer breast cancer genetic testing service for the common man. Myriad losing its core patent rights has proved to be a boon for the civil society in more ways than one.

While Myriad's BRACAnalysis test would cost about $3,300 without insurance, those who've began making forward strides in the same market claim that the cost of the test would drop drastically because the actual cost to the company for this test has been $200. "Many academic labs, including our own, will soon be offering panel tests for dozens, or even hundreds of genes, for the same price Myriad historically charged for just two genes," Kenneth Offit, chief of the clinical genetics service at Memorial Sloan-Kettering Cancer Center told the New York Times.

Labs like GeneDx, Gene by Gene, Quest diagnostics, Ambry Genetics, Pathway Genomics, and the University of Washington, almost instantly said that they would launch BRCA testing for hereditary breast and ovarian cancer. All these are CLIA-approved labs that have been involved in gene sequencing for a long time and have built a track record in the field. There are however, other tests that look for mutations in 16 other genes less commonly involved in breast cancer but those have not been able to include BRCA1 and BRCA2 because of Myriad's patents. These tests are priced at $2,600.

DNATraits, part of Houston-based Gene By Gene, Ltd has stated that it would offer BRCA gene testing in the United States for $995, which is less than a third of the current price. The company has so far processed more than five million discrete DNA tests from more than 700,000 individuals and organizations globally.

Gene by Gene, on the other hand has said that its BRCA testing service would cost around $1,000. These same tests would have cost these companies $4,000 when the patents rights were available with Myriad.

"We're pleased to make this important testing more widely available and accessible in the United States. Our highly automated CLIA-registered lab and efficient processes enable us to make genetic and genomic testing more affordable and accessible to more individuals, in the US and worldwide. And that's our company's mission, in a nutshell," said Dr Bennett Greenspan, president, Gene By Gene.

He reiterated that the Supreme Court has opened the doors to greater technological innovation and access to genetic tools that promise to save and improve the quality of human lives in the United States. "It's critical that as an industry we are able to continue to engage in healthy competition to drive down the costs of these tests because as more individuals have access to and undergo them, the more information we'll have about many serious diseases that eventually may lead to cures," he said in a press statement.

GeneDx is another company that plans to offer a test for breast cancer risk. "It levels the playing field; we can all go out and compete. This is going to make a lot more genetic tests available, especially for rare diseases," said Ms Sherri Bale, MD, GeneDx.

Experts however believe that Myriad's competitors would have some catching up to do as the company has tons of data that it has collected from two decades of providing the testing almost exclusively. Leading biotechnology and intellectual property lawyer, Mr Kevin Noonan has said prominent US publications, "Myriad has a 15-year head start on everybody. They started this. They have all the relationships with everybody. They are still going to be the gold standard."

Many experts however fear that the decision perhaps will give investors little reason to back the development of novel tests if there is no guarantee that they can recoup their funding during a period of patent exclusivity. Further the fear of protecting innovation still lurks large over the industry that has breathed an initial sigh of relief post the verdict.