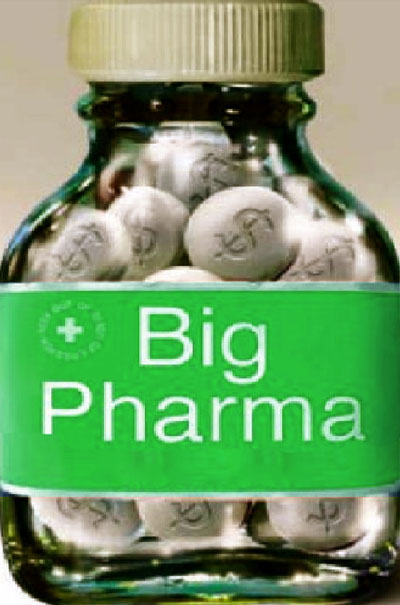 In the last three years, global pharma giants have paid fines to the tune of $11 billion for criminal wrongdoing, including withholding safety data and promoting drugs for use, beyond any licensed condition

Each year big pharma giants end up spending billions of dollars in paying for fraud, misrepresentation of data and other such corruption allegations leveled out against them. In the last three years, global pharma giants have paid fines to the tune of $11 billion for criminal wrongdoing, including withholding safety data and promoting drugs for use, beyond any licensed condition. While GlaxoSmithKline (GSK) paid $3 billion, the biggest fine ever after pleading guilty on three criminal counts in US, Novartis ended up paying $420 million and Pfizer paid $2.3 billion in related scandals.

After the corrupt bribery practices of the British drugmaker GSK's operations in China came to the fore all through last month, many comparisons are being drawn between the old cases and this latest one involving money, sex and drugs.

Here are the six companies and cases that have scarred the pharma industry forever.

GSK $3 billion fraud settlement
Much before the China bribery scandal of 2013, involving British drug major GlaxoSmithKline, the company had come under fire earlier too. This was a scandal that would become the largest healthcare fraud settlement in the US history. The drug maker paid $3 billion for promoting two drugs for unapproved uses and failing to report safety data about a diabetes drug to the US FDA.

Merck and Mumps
Merck had been involved in fraudulently representing the mumps component of its MMR vaccine. The company was blamed for fraudulently informing the public that the MMR II, used to replace the MMR vaccine Pluserix, is an effective vaccine. However over a period of time, studies had proved that the vaccines' effectiveness are said to be falsified. Reports further pointed out that the Mumps component of the vaccination was ineffective and that the results of the tests carried out on the vaccine have been altered.

Whistleblowers working for Merck had said that they witnessed fraud firsthand when they worked for the pharmaceutical company, between 1999 and 2002, and that they were pressured to participate.
Reports further described a supervisor working for Merck manually changing test results that showed the vaccine wasn't working and then hurriedly destroying the evidence to keep the fraud from being exposed. Further, it stated that the supervisor then lied to FDA regulators who came to the laboratories to check after they were alerted to the problem.

In May 2012, the UK medicines regulatory body, MHRA filed a report about the deficiencies post inspection. The company had identified about 80,000 reports for medicines that were marketed by Roche in USA that had not been evaluated to determine whether or not they should be reported as suspected adverse reactions to the EU authorities. About 15,161 reports of death of patients were included in these reports but the exact reason for these deaths or a probable link with the use of these medicines was not known.

Pfizer: Harmful deceit
It all started with Pfizer's research director indicating that a study conducted to determine whether an arthritis drug, Celebrex, was safer than other drugs like ibuprofen, was falsely represented. The email pointed out that, 'Pfizer and its partner, Pharmacia, were able to misrepresent Celebrex as a safer alternative because they only released the results of half of a yearlong study. The email states that they swallowed our story, hook, line and sinker.

Pfizer was said to be involved in widespread work to promote the drug in ways not necessarily backed up by medical science, and to overcome the doubts of critics. In August 2012, the company paid $60.2 million to the US to settle charges that the company bribed government officials, including hospital administrators, government doctors and members of the regulatory and purchasing committees in China, Russia, Italy, Bulgaria, Serbia, Kazakhstan and Croatia to approve and prescribe Pfizer products.

Abbott's unlawful drug promotion
Abbott Laboratories had pleaded guilty and paid $1.5 billion for unlawfully promoting the prescription drug Depakote for uses not approved safe and effective by the US FDA. In May 2012, the United States Department of Justice had issued a press release against Abbott pleading guilty to misbranding Depakote by promoting the drug to control agitation and aggression in elderly dementia patients and to treat schizophrenia when neither of these uses was approved by the FDA.

US DoJ said in their statement that the company had admitted that from 1998 through 2006, it maintained a specialized sales force trained to market Depakote in nursing homes for the control of agitation and aggression in elderly dementia patients, despite the absence of credible scientific evidence that Depakote was safe and effective for that use. Further, it said that from 2001 through 2006, the company marketed Depakote in combination with atypical antipsychotic drugs to treat schizophrenia, even after its clinical trials failed to demonstrate that adding Depakote was any more effective than an atypical antipsychotic alone for that use.

The FDA had originally approved the drug for epileptic seizures, bipolar mania and the prevention of migraines. The press release clearly states that this drug was never approved for controlling behavioral disturbances in dementia patients. This was because the drug was found to be dangerous in elderly patients causing some of them to suffer from dehydration and anorexia after using this drug.

Like in every other scandal, Takeda's whistle blower was a former employee who filed the lawsuit against the company claiming that when she attempted to protest against this practice, she was fired by the drugmaker.