Is AI delivering on the hype?

AI was flagged as the most disruptive technology in the pharmaceutical sector. AI has been deployed across the pharma value chain, from drug discovery and repurposing, clinical trial design and enrolment, manufacturing and supply chain, to sales and marketing. But is it all hype or has it yielded any beneficial results yet? Let’s find out 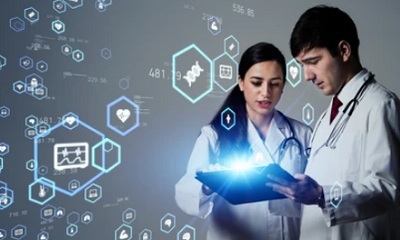 Artificial Intelligence (AI) is a buzzword in the pharma industry with big firms announcing new projects in the field practically every day. In fact, on October 19, 2021, four pharma majors - UK’s AstraZeneca, US’ Merck, US’ Pfizer and Israel’s Teva – and US’ Amazon Web Services Inc. (AWS) and Israel Biotech Fund (IBF), two leaders in the hi-tech and biotech investment sphere, respectively have come together to develop groundbreaking AI to be applied to new therapies.

Drug discovery is an expensive and time-consuming process. This technology is seen as a solution to many of pharma’s pressures, such as rising drug development costs, lengthy R&D timelines, dwindling pipelines, and the need for more complex manufacturing and distribution requirements for biologics and cell and gene therapies.

"AI has been used widely and successfully to improve clinical trial recruitment, enhance and personalise marketing campaigns, and support automation and digitalisation in manufacturing. However, compared to R&D, these use cases are not widely reported on. Over the past 12 months or so, no doubt has driven in part by the impact of COVID-19 on digital transformation across pharma, the use of AI in R&D has received significant attention" said Kathryn Whitney, Director of Thematic Analysis, GlobalData, UK.

A higher proportion of respondents (23 per cent) reported that their company currently uses AI in R&D compared to other parts of the pharma supply, such as sales and marketing (18 per cent), manufacturing (15 per cent), and supply chain (13 per cent), as per GlobalData Smart Pharma 2021 survey.

"I believe AI is likely being used more in marketing and sales due to the fact that the success of a prediction can be demonstrated more frequently. One may predict that marketing a therapeutic to a specific demographic would result in an increase in sales. You could subsequently begin testing this hypothesis the next day by increasing spending on a particular marketing vertical that allowed you to reach and measure the behaviour of this consumer graphic," said Bradlay Pryde, Co-founder & Chief Operating Officer (COO) of OneThree Biotech, USA.

Launched in 2018 in New York, OneThree Biotech focuses on the biological side of R&D to predict drug targets, disease-relevant biomarkers, and which patients will benefit. In partnership, the startup has seen several predictions be validated in up to phase 2 human trials.

Echoing similar sentiments Daniel Cohen, Cofounder and CEO of Valence Discovery, Canada, said, "AI is playing an important role in marketing and sales across nearly every industry, not just pharma. A key reason for this is that many of these commercial applications are 'easier' to solve than those that are R&D related, largely due to the intrinsic complexities of chemistry and biology."

Founded in 2018, Valence has pioneered the application of few-shot learning in drug design, allowing the company to unlock prediction tasks for which only small amounts of training data are available. The firm is addressing two key challenges in AI-driven drug discovery: working with limited data and designing compounds that can actually be synthesised in the lab.

In R&D, fully validating an AI prediction would take much longer and cost a lot more. You may predict that a specific therapeutic would be efficacious and safe against a specific patient sub-group. Subsequently, it would cost millions of dollars and take many years to test these patients due to FDA regulations. That being said, there are steps that can be taken before the clinic and FDA approval that could provide an early indication of whether or not the prediction is accurate.

"Still, the cost and time it takes to validate an AI prediction in R&D will likely slow the widespread adoption of its use in this field. However, successfully utilising AI in R&D will lead to a much higher impact to the overall pharma industry as the failure rate of matching therapeutics to patients is one of the largest success factors for any biopharma company", added Bradlay.

Startups that apply AI in drug development have raised a staggering $2.1 billion in the first half of 2021, with 2021 set to be a 'landmark year' for AI in pharmaceutics, according to research from Emersion Insights. Every one of the major pharmaceutical companies has announced a partnership with at least one such firm.

The number of strategic partnerships between pharma companies and AI vendors in drug discovery had increased from just two in 2015 to over 30 in 2020 according to GlobalData Deals Database. A recent example includes a $1.2 billion deal between the US’ Bristol Myers Squibb (BMS) and the UK’s Exscientia in May 2021, which aims to accelerate the discovery of small molecule drug candidates in multiple therapeutic areas, including oncology and immunology. More pharma companies are also investing in AI vendors. For example, both BMS and Danish firm Novo Nordisk participated in two funding rounds for Exscientia in April and May 2021, which raised $265 million combined for the company. In addition, more pharma companies are building their own in-house AI capabilities. In 2017, UK’s GSK was one of the first major pharma companies to create an in-house AI group for drug discovery, and in 2020 announced that it was establishing a nearly $14 million AI hub in London. UK’s AstraZeneca also intends to open AI and drug research centres in China and make a $1 billion capital infusion into Chinese biotech innovations.

Despite all the capital and interest, only a few AI-discovered drugs are actually in the human-testing pipeline, however, and none has begun phase 3 human trials. For all the hype in the industry, it is far from certain that early results will translate to better drugs.

"Nearly every new technology starts out with big promises and slowly grows into those promises over time. There was likely a degree of overeagerness in the early days, but this attention was important in creating the initial interest that allowed the industry to mature. Today we are working to make AI-driven drug design a reality for all types of organisations, from biotech to pharma to CROs", asserted Daniel.

"AI tools have been around for a long time now and have repeatedly delivered success, for example, computational chemistry and modelling were used by Prof. Robert Glenn and a group working at Wellcome Pharmaceuticals to develop the drug Zomig, now an approved treatment for migraines," stated Dr Sam Cooper, Cofounder and CEO, Phenomic AI, Canada.

Founded in 2017, Phenomic deploys deep-learning tools to automate the analysis of single-cell RNA data as a key, new data source for target identification and patient stratification.

He further added, "The recent wave of hype really sits on top of a massive expansion in the amount of biological data being generated. Overall, newer computational tools combined with the ability to generate large amounts of biological data are already improving the way we discover drugs. The impact is seen across the pipeline and this is culminating with an increase in new drug approvals, evidenced in a recent analysis by BCG and published as an article titled ‘Breaking Eroom’s Law'. Going forward, more data and an even better understanding of patient populations will only serve to improve our ability to get better medicines to patients faster."

We’re now starting to see the real impact that AI can have in drug discovery, and these technologies are beginning to live up to the initial expectations.

"I believe AI in R&D is likely a combination of both hype and living up to the hype. There are hundreds of companies in the field using a variety of different AI techniques applied to many different problems," added Bradlay.

The best determination of whether or not AI is living up to the hype is based on the predictions being validated. This is difficult due to the length of time from prediction to the ultimate marker of success (drug approval), but we can look at different success milestones on the way to a marketed drug, such as IND (An Investigational New Drug Application (IND) approval and initiation of clinical trials or even in vitro test results.

There has been an onslaught of data becoming available across the entire industry. Taking R&D for example, since the human genome was sequenced in 2003 (and before), we’ve seen a boom of useful data become available.

The explosion of data in pharma requires sophisticated AI to organise it and draw conclusions from it. The increase of data availability in pharma R&D has seen many players in the space come to light to make predictions on how best to match therapeutics to patients.

"AI is making more and more of an impact across every aspect of R&D, from AI-enabled mRNA vaccines at Moderna to therapeutic antibodies at AbCellera to next-generation small molecules here at Valence. AI is impacting not only every modality but also every aspect of the discovery process, from target ID through to candidate selection", said Daniel.

"AI in drug discovery has been around for some time now, but only in recent years has it really started to gain momentum. There has been a huge shift of mindset from scepticism to opportunity; the industry now widely acknowledges AI as a valuable tool in advancing scientific discovery. Challenges remain, but when it comes to advancing AI innovation in the pharma sector, it’s all about trust. Adopting an evidence-based, proof-point led approach to communicating progress is much more sustainable than overhyping potential. It’s all about demonstrating the tangible benefits of integrating AI and how these approaches can, ultimately, help improve patient outcomes. And there’s no shortage of examples of where AI is making an impact" said Bryn Williams-Jones, Vice President, Drug Discovery, BenevolentAI, UK.

BenevolentAI is leveraging AI in fundamentally new ways to develop its own in-house drug pipelines. The firm has a growing pipeline of over 20 internal disease programmes; from early discovery towards clinical phases.

This is an exciting time for the global pharma industry. As AI matures, we will have a healthy ecosystem where medicine is personalised, predictive, preventative and participatory, leading to new, more efficient and effective models of care.

"I expect in the near future there will be very little in drug discovery and development that is not leveraging AI and machine learning tools", signed off Bradlay.