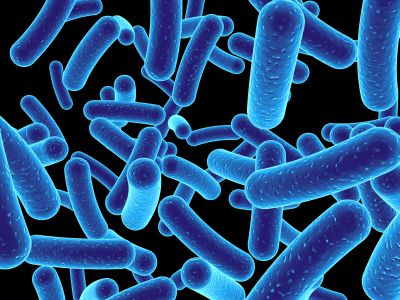 Antibacterial resistance has emerged as a serious global health issue

The vision at CrystalGenomics is to discover and develop truly novel therapeutics in different disease areas where there are high unmet medical needs. One of these focus areas is infectious diseases, and we currently have a novel antibiotic candidate in phase II clinical study. We also have a couple of discovery-stage projects.

Our position regarding infectious diseases has always been to target difficult-to-treat infections, which have included notoriously problematic resistant bacterial strains, such as Methicillin Resistant Staphylococcus aureus (MRSA) as well as the New Delhi metallo-beta-lactamase-1 (NDM-1), which received global spotlight in 2010 when several people from different continents died due to it after traveling to foreign countries on medical tourism.

Antibacterial resistance is a serious global health issue and one of the main culprits is infection caused by Staphylococcus aureus, such as MRSA. The number of MRSA infection in the US has been increasing significantly. This has been revealed in a 2007 report in Emerging Infectious Diseases, a publication of the Center for Disease Control and Prevention (CDC). The report estimates that the number of MRSA infections in hospitals doubled nationwide, from approximately 127,000 in 1999 to 278,000 in 2005, while at the same time the annual deaths increased from 11,000 to more than 17,000. This meant that more people were dying from MRSA infection than from AIDS. Bacteria are smart organisms that will eventually evolve to outmaneuver even the newest antibiotics through mutations. Smart use of antibiotics will help minimize the rate of resistance development but we are quite vulnerable to outbreaks of new 'superbugs' that may arise anytime and anywhere without a warning. This is why there will be a steady demand for novel class of antibiotics. We believe our antibiotic candidates at CrystalGenomics have potential to be developed into effective weapons to combat these superbugs.

Our lead antibiotic candidate is CG400549, a potential first-in-class drug targeting the fatty acid biosynthesis enzyme called FabI, a critical enzyme in generating bacterial membrane. Also, CG400549 has a novel chemical structure which has never been used as an antibacterial agent previously. We are developing CG400549 to target resistant bacterial strains such as MRSA and Vancomycin Resistant Staphylococcus aureus (VRSA) and recently initiated a phase II clinical study in the US after successfully completing two phase I studies in the EU. Although we do not have human efficacy data yet, CG400549 has displayed remarkable in-vitro and in-vivo efficacy against some of the gold standard "superbug" therapeutics including Zyvox and vancomycin as it demonstrated four-to-eight fold better MICs, respectively. Prior to initiating clinical studies, we have conducted several in-vitro efficacy experiments at various laboratories of prominent infectious disease clinicians including Dr Peter Applebaum's lab at the Hershey Medical Center, University of Pennsylvania. It would be a significant milestone event if we are able to confirm the human efficacy of CG400549 as no FabI inhibitors have demonstrated human efficacy yet. Once we obtain human efficacy data from the ongoing phase II clinical study, our development strategy would be to partner the ex-Korea territory with a pharma partner but retain Korean rights for further development, independently.

Our dedication in combating infectious diseases has been evident in a number of occasions including an accomplishment of deciphering the three-dimensional structure of the NDM-1 for the first time in the world, an enzyme that makes bacteria resistant to a broad range of beta-lactam antibiotics that recently resurfaced in India and multiple countries worldwide. This mutation in the NDM-1 gene makes bacteria resistant to nearly all antibiotics, even the ones that are supposed to act as our last line of defense. Additionally, what experts are really worried about is that since it is capable of transferring between different types of bacteria, it will be more difficult to contain.

While it certainly is challenging to discover and develop totally novel class of antibiotics, we always take pride in our work, as our drug candidates may potentially save lives of many people from every corner of the globe.