How is diabetes associated with lower rate of fertility?

Of the many manifestations of diabetes, if not kept under control, infertility is also a consequence 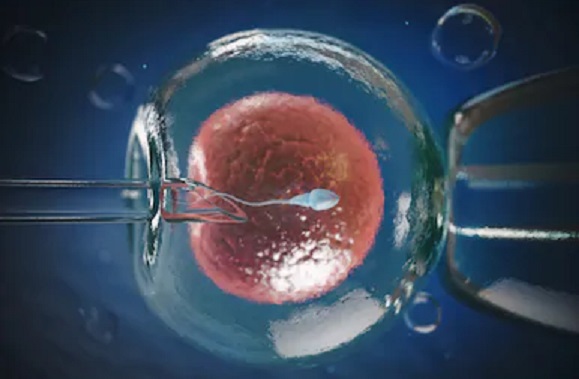 Diabetes is an endocrine disorder that is characterised by high levels of blood sugar. The disease is associated with insulin, which is a hormone produced by beta cells present in the pancreas – the organ which keeps blood glucose in normal range. Carbohydrates is a dietary component which is digested as glucose and subsequently enters the bloodstream. This blood glucose is taken up by cells with the help of insulin and converted into energy. However, in diabetic persons, this insulin is either not produced at all, is produced in small quantities or is not utilised in a proper manner. Depending on this characterisation, diabetes may largely be classified as type 1 and type 2.

In type 1 diabetes, the pancreas’ beta-cells are destroyed by the body. It is thus, an autoimmune condition and insulin, even if produced, it does so in small quantities. On the other hand, type 2 diabetes is characterised by insulin resistance wherein even though the body produces it, cells are not sensitive to it. Both result in hyperglycaemia, that is, high blood sugar causing various health complications if not kept under in check.

Of the many manifestations of diabetes, if not kept under control, infertility is also a consequence. Insulin resistance and the levels of blood sugar, obesity, and dysfunctional reproductive system – they are intertwined and each is co-related with the other. What is noteworthy is that in addition to some of these conditions being dependent on people’s genetic disposition, they can also be traced back to unhealthy lifestyle choices and environmental conditions.

Lower fertility rates have been observed in both the sexes with type 1 and type 2 diabetes. A number of infertility-related problems in women can be traced to the many facets of diabetes.

1. Late menarche (beginning of puberty and regular menses) and early menopause (the end of menses) are closely linked to type 1 diabetes. This shortens the time period in which women are able to conceive by 17%.

2. Insulin resistance in type 2 diabetes increases the levels of testosterone in women above normal (called hyperandrogenism); this causes deposition of visceral fats and hence, obesity. Such hormonal imbalance is the primary cause of conditions such as polycystic ovary syndrome (PCOS) where follicles are not able to properly mature accumulate inside the ovary.

4. Fast ovarian ageing is observed in women with diabetes. This means that viable eggs in the ovary deplete faster than they normally would.

5. Increased number of stillbirth and miscarriages are observed.

In men, alterations in reproductive system and diabetes are related, and its functioning can be affected in a few ways.

1. Both spermiogenesis and spermatogenesis involved with the development of sperms inside the testes can be hindered due to diabetes, resulting in damaged gametes.

2. Research has found that diabetes can lead to varicocele or enlarged vein in the scrotum.

3. Low testosterone is associated with decreased libido and less number of sperms in the ejaculate. In fact, one in four men with type 2 diabetes exhibit lower than normal testosterone.

4. Testosterone in low levels also increases deposition of visceral fats in men. This can lead to obesity and increased insulin resistance.

5. Uncontrolled diabetes over a long period affects blood vessels and blood circulation as well and when they impact the vessels of the penis, it can result in erectile dysfunction. It may also happen that ejaculation is delayed or impaired in such persons.

6. Nerve damage is another complication of long-term and unchecked diabetes which can lead to something called retrograde ejaculation. This occurs when the semen containing sperms launches back and enters the bladder instead of going out the urethral opening of the penis

7. Sperm DNA fragmentation, where the genetic material inside the sperm is improper, can take place. Embryos, thus, formed from may be of bad quality and have been found to not implant in women’s uterus.

8. Another kind of DNA damage can affect the sperm’s motility or movement. Popularly recalled as the ‘powerhouse of the cell’, sperms have mitochondria which provides energy for it to swim towards the egg; mitochondria also has DNA in it. Type 1 diabetics have been found to have sperms that are less motile because the mitochondrial DNA is impacted.

The functioning of the different parts of the reproductive systems in both women and men are altered due to diabetes, therefore, lowering their fertility. While some of these issues can be addressed with change in habits and medicines, some others may require help from assisted reproductive techniques to have a child. Controlling and managing diabetes is critical not only for the health of our key organs but also for our reproductive health.