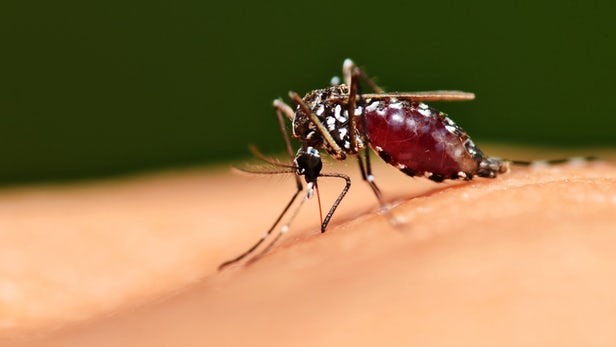 Singapore eliminated malaria in 1982. Now elimination looks possible across much of Southeast Asia. Over the entire Asian region, substantial financial and political commitment over many years is delivering success - since 2010, cases have dropped by 60 per cent. But as the disease retreats to hard-to-reach areas and starts being confined to groups like migrants and forest workers, the public and private sectors need to work more effectively with civil society to make elimination a reality. This is one of the main messages of a report called the Malaria Futures for Asia study, launched recently at a malaria conference in Bangkok.

The Asia Pacific Leaders Malaria Alliance (APLMA) worked with global healthcare company Novartis and other partners to capture the views of leading malaria experts on how the fight against malaria is progressing in Cambodia, India, Myanmar, Thailand and Vietnam. The majority is confident that the most dangerous form of malaria, P. falciparum, can be eliminated in the region by 2030. There is less confidence that the chronic P. vivax form of the disease will be gone by the same year.

One of the key findings of the study is the need for better collaboration. This is because different stakeholders have different strengths - for instance, some NGOs working in inaccessible border areas can get to forest workers at risk of malaria in a way that public sector health services cannot always manage. In many Southeast Asian countries, the private healthcare sector has an important role to play - but it needs to ensure that it follows the correct guidelines for diagnosing and treating malaria. Systems and training developed for public sector health clinics to ensure that cases are identified and reported in a timely manner need to be extended to those in the private sector.

Southeast Asia is also at the center of emerging resistance to the current gold standard treatment for malaria, artemisinin-based combination therapy (ACT). First identified in Western Cambodia in 2008, resistance is spreading across the region, with cases identified in Thailand, Vietnam, Myanmar and Laos. Collaboration across all sectors is vital to ensure resistant malaria is spotted and reported. Respondents in the survey are also very concerned about mosquitoes becoming resistant to insecticides, which remain a key route to containing mosquito populations. Many think climate change could extend mosquitoes’ range and numbers in Asia.

There is a bigger reason why containing artemisinin-resistant malaria is critical. If ACT resistance were to emerge in Africa, where malaria is much more common, it could have a devastating effect, causing tens of thousands of deaths. Yet some respondents are not overly concerned about resistance - possibly because they think elimination in the region will be achieved before it becomes a bigger problem.

But malaria has a habit of striking back just when it is nearly beaten - there is a reason why it is the infectious disease that has killed more people than any other in human history. As part of the private sector contribution, Novartis is developing a pipeline of new antimalarials to combat emerging resistance to artemisinin: one compound is currently in clinical trials in Thailand and Vietnam.

As the malaria caseload continues to drop and becomes confined to rural areas, it might be easier for politicians to shift their attention to the rising burden of chronic illnesses like cancer and heart disease. APLMA is working hard to sustain and reinforce regional leaders’ political and financial commitment, which will help maintain the momentum to eliminate malaria. The organization is also supporting the development of better cross-sectoral collaboration, including cross-border initiatives to ensure countries collaborate effectively on mobile populations in border regions.

The last stages of the marathon are always the toughest. With malaria, we have to make sure that all partners involved can work effectively together to make elimination a reality.