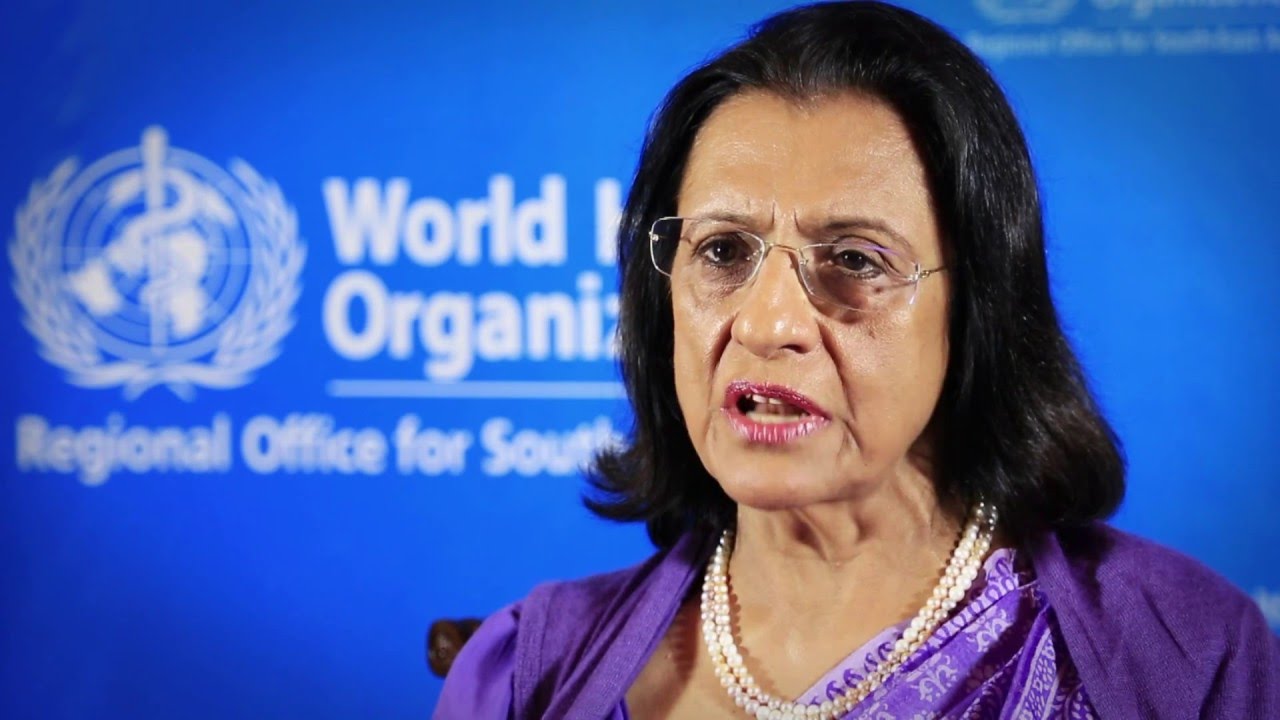 With each passing year, summers are getting hotter. The effects of global warming are right here! According to a new scientific report commissioned by the World Bank (WB), the world is barrelling down a path to heat up by four degrees at the end of the century if the global community fails to act on climate change. Environmental consequences of global warming are huge and may result in extreme heat waves, rising sea-levels, changes in precipitation resulting in flooding and droughts, intense hurricanes, and degraded air quality. This will affect directly and indirectly the physical, social, and psychological health of humans. Scientists are telling us that climate change will bring increased asthma, more virulent allergens, medical emergencies from heat stress, the spread of water and vector-borne diseases and increased severe weather events.

In an exclusive interview with BioSpectrum Asia, World Health Organization (WHO) Regional Director for Southeast Asia Dr Poonam Khetrapal Singh outlines the dangers of climate change and its impact on human health.

1. Directly through changes in the frequency of extreme weather such as intense heatwaves, flood, sea level rise and storms. The health risks include heat-related illness and deaths, injuries and death from extreme weather events.

2. Indirect climate impacts on health mediated through changes in ecosystems. Of greatest concern are the increased risks of waterborne diseases, vector-borne diseases and cardiovascular and respiratory disease (due to air pollution).

In addition to the impacts on health of people, climate change and extreme weather events can also damage health facilities. Health services can be affected or disrupted, if energy and water supply and accessibility is affected.

The countries of the region are experiencing more floods and landslides due to intense and frequent precipitation. Several cyclones have hit the region in the last 10 years. Floods in Myanmar in 2015 and in Sri Lanka and Democratic People’s Republic of Korea (DPRK) in 2016 have killed and injured many people, displaced several hundreds of thousands of people and damaged healthcare facilities. A study in India showed an increase in heatwave. In 2015, over 2,500 people died due to heatwave in south India. Droughts have affected parts of India and Sri Lanka in recent years which impact crop production, can increase the risk for under-nutrition as well as water and food-borne diseases. However, we do not have any evidence at the local level on the impact of climate change on under-nutrition. This is something we are encouraging countries to assess.

What are the indirect effects of climate change on health?

Vector-borne diseases are one of the effects. A study in Nepal showed that a 1o degree centigrade increase in mean temperature increased malaria incidence by 25 per cent. A study in Bangladesh showed the disproportionate health risks of vulnerable population groups from climate changes mainly as malaria, dengue, childhood diarrhoea and pneumonia. A sentinel surveillance conducted as part of a pilot project on health adaptation in Bhutan has found culex and anopheles vectors at very high altitudes (>2100m) which could be due to warmer temperature at higher altitude compared to 10-20 years ago. These are small studies conducted with limited data. However, such findings are useful to carry out further statistically representative studies and at the same time to strengthen climate sensitive disease programmes in countries to include climate risks in their programme planning and implementation.

Does climate change have any positive implications on health too?

There could be some positive impact in isolated places. For example, warming in temperate places in some countries may lessen the local population’s exposure to extreme cold. These places may also benefit by being able to grow food crops with rise in temperature. Some vectors may not survive in higher temperatures which could lead to lesser transmission of vector-borne diseases. However, the negative impact is expected to be much greater, and hence, the overall impact is expected to be more negative than positive.

Internationally, is climate change addressed with healthcare in mind?

Article 1 of the 1992 United Nations Framework Convention on Climate Change (UNFCCC) refers to health as one of the adverse effects of climate change and article 4 refers to commitments of countries to assess the health implications of adaptation and mitigation policies. However, initially health sector did not get much attention at the global level. For the last 10-15 years, WHO had been advocating at the global, regional and national levels to highlight the climate impacts on health and the need for resources to support countries in adapting to climate change impacts. WHO has been working with health ministries to encourage them to participate in UNFCCC COP meetings. The landmark Paris agreement on climate change reflects an aspiration to keep global average temperature below 20C. Right to health is mentioned in the preamble and the agreement explicitly recognises the health impacts of climate change. With all these developments, we are hopeful health action will increase both globally and at the population level where adaptation levels are needed.

Outline some of the efforts taken by Asian governments to address climate change?

Most Ministries of Health in the SEA region have established climate change and health programme and appointed focal points. National high-level advocacy workshops and trainings have been conducted in most countries. Bangladesh and Nepal are implementing health adaptation project with WHO technical support. Maldives is implementing a low carbon climate resilient project in one island. Bhutan has completed a five-year health adaptation project. Nepal is the first country in the region to prepare its Health-National Adaptation plan (HNAP). Bhutan, India, Indonesia, Sri Lanka and Thailand have drafted their HNAP while remaining countries have plans to start this year.

Few studies were conducted in countries, however, availability of long-term health and climate data is a challenge.

What are the measures needed to deal with climate change?

The best measure is to reduce greenhouse gas emissions to slow down climate change. Hopefully, the Paris agreement will be able to achieve this. Reducing emissions will not only mitigate climate change but also have health co-benefits. For example, promoting active transport and less use of motorised vehicles will give health benefits through better air quality and greater physical activity. The next measure would be to develop resilience and prepare for eventuality so that any system, including health and people, are able to cope with and adapt to the risks posed by climate change.

The WHO Regional Office for South-East Asia is working with its Member countries to highlight public health impacts of climate change at several high-level conferences and advocacy meetings. A Ministerial Roundtable on building health systems resilience to climate change is planned at WHO South-East Asia Region’s governing body meeting in September. WHO is supporting Member countries develop their health-national adaptation plans through regional trainings and individual country support.