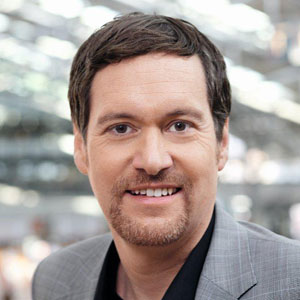 Cell Culture is a routine application being performed in thousands of research and industry laboratories worldwide. Cell Culture Consumables, required for routine maintaining and culturing of cells are available on the market for a long time in various formats. Eppendorf, known as a leading manufacturer of premium consumables for Life Sciences for over 50 years, has launched a completely new line of Cell Culture Consumables.

Eppendorf Cell Culture Plates: Minimization of the "Edge Effect" and improved optical performance
Cell-based assays in multi-well plates are a powerful tool which is widely used in drug discovery, tissue engineering and academic research. Consistency in the performance of these assays is crucial in order to obtain reliable data and to make valuable scientific statements. In this context evaporation of cell culture medium plays a critical role in multi-well based cellular assays because it can deteriorate assay performance. As evaporation mainly affects the peripheral wells of a plate this phenomenon is called the edge effect.

The causes of the edge effect are complex. Temperature differences across the plate and evaporation effects in the edge wells during incubation [1;2] have been described as two possible influencing factors for irregular patterns of cell growth and distribution especially in the plate periphery. It is assumed that evaporation in the outer wells may lead to an accumulation of medium components (e.g. salts), thereby affecting cell metabolism. Varying cell responses to e.g. temperature gradients across the plate might occur when the plate is placed in the incubator resulting in a faster thermal equilibration of the outer wells. Both factors - evaporation and temperature gradient - may lead to assay inconsistencies and higher variances between individual assays, thus resulting in unreliable data. A very common method many scientists use to circumvent the edge effect is to avoid seeding cells in the peripheral wells at the expense of sample throughput and efficiency. By discarding the outer wells of a 96-well plate the number of wells for analysis is reduced to 60 which results in a decrease of 38% per plate regarding assay throughput. This results in higher investments for consumables, incubator space and time.

With the Eppendorf 96-Well Cell Culture Plate evaporation from the wells can be reduced to a minimum. Due to a new and innovative chimney well design the plate offers two options for insulating the wells. A moat surrounding the edge wells and the complete chimney design of the inner wells allows filling of just the moat (Fig. 1 A) or the complete inter-well space with liquid (Fig. 1 B). Together this results in a more homogeneous distribution of temperature and humidity throughout the plate and reduces the edge effect.

The Eppendorf 96-Well Cell Culture Plate, filling options:
A: outer moat filled with liquid to insulate specifically the edge wells; B: insulation of all 96 wells by filling the complete inter-well space

A comparison of different 96-well cell culture plates (Figure 2 ) shows that the Eppendorf Cell Culture Plate in contrast to other plates can effectively minimize evaporation. In all competitor plates a very high percentage of evaporation occurs especially in the four corner wells. Comparison of evaporation in different 96-well plates. Liquid loss inside each well was determined after 5 days of incubation under standard cell culture conditions.
Therefore the Eppendorf Cell Culture Plate is best suited for every cell-based assay as liquid loss due to evaporation across the plate can be effectively minimized and the whole plate can be used without fearing the impact of the edge effect.
Another common problem associated with multiwell plates for cell culture are interfering shadows at the well edges limiting the area of observation. This can be a disadvantage especially in applications, where a uniform illumination of the whole growth area is crucial e.g. for single cell cloning experiments.

Here interfering shadows at the well edges make it more difficult or even impossible to identify cell clones growing at the periphery of the well. The precise design with enhanced planarity and the minimized meniscus formation in Eppendorf Cell Culture Plates result in a uniform illumination, a minimum of refocusing, excellent phase contrast and the minimization of the interfering shadow area, thus facilitating a quick and precise microscopic analysis of cells

Microscopy studies were performed to compare the illumination at the edge of individual wells within 96-well cell culture plates. Adult MSCs were analyzed in 96-well cell culture plates with phase contrast microscopy (upper panel) and with fl uorescence microscopy after DAPI staining (lower panel). An interfering shadow can be observed with the competitors at the edge of the wells whereas with the Eppendorf plate the interfering shadow is reduced to a minimum.

The new Eppendorf Cell Culture Consumables have been developed with the feedback and input of hundreds of scientists and users of cell culture consumables worldwide. A special focus was set on easier to use products with excellent cell performance. Eppendorf Cell Culture Plates are best suited for every cell-based assay as liquid loss due to evaporation across the plate can be effectively minimized and the whole plate can be used without fearing the impact of the edge effect due to the innovative new chimney well design that offers two filling options that significantly reduce evaporation. Furthermore the optical quality of the plates has been improved by an excellent bottom planarity resulting in minimal refocusing. The exact well design and the reduced meniscus enable a uniform illumination without disturbing shadows at the edges and an improved phase contrast over the whole observation area.