The future of spine and back surgery

The future of spine and back surgery 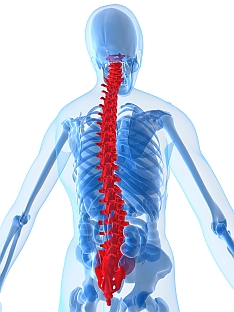 Many of the new techniques and equipments developed over the past few years for spine surgery have leaned toward the less invasive approach, which is gaining in popularity across the US. However, 80-to-90 percent of surgeons are still performing open surgeries, which they have perfected over the years.

Healthcare reform in the US could slow technological advances in the coming years due to uncertain reimbursements and increased fees on medical device makers. As we approach 2013, industry leaders weigh in on the future of spine surgery and the cost associated with it.

US Healthcare reform's impact on spine surgery
In the current atmosphere of anxiety regarding the "unknowns" of healthcare reform, many spine surgeons are opting to proceed with their practice cautiously. An increase in patient volume due to growth in the aging population coupled with diminishing reimbursement rates means spine surgeons will be looking for less costly surgery systems that are easy-to-use, according to Dr Chris Zorn, vice president, Spine Surgical Innovation.

Physicians who are working in hospital settings must justify their spending, which could lead to a decrease in purchasing of new and complex technologies that facilities are currently willing to purchase. While technology may continue to advance, physicians may not have the resources to learn new procedures or gain access to the equipment.

In Asia and Europe "Generally speaking, spine, like many other surgical areas, has certain things that become trendy, but my observations are that physicians worldwide are sticking to the basics," says Mr Zorn. "We live in a world of trying to keep it simple, keep the learning steps simple, minimize the impact of surgery on the budget as well as the impact of the procedure on the staff, surgeon and patient's time."

One such company which is focusing on next generation open repair technologies is Spinofix and Spinofix International. Spinofix, with its head office in Irivne, California, and an international office in Taiwan and a proposed office in Singapore, has developed low cost treatment options that provide potentially better results that conventional treatments and cost as much or less than conventional treatment, which is a win-win situation.

Minimally invasive spine surgery vs open surgery
One of the biggest reasons to get spine surgery is intractable back pain. Patients resort to spine surgery because they can't take it anymore. Their goal is to get rid of the pain once for all.

Surgeons practicing less invasive or minimally invasive spine surgery are still learning the techniques, patients would rather prefer to do a conventional treatment because they are aware of the outcomes, which is similar to less invasive surgery. The only difference is quicker healing time (couple of weeks). Patient's and payers (insurance companies) prefer less costly and more predictable outcome that are less invasive with a chance to undergo a second revision surgery, if things did not go right the first time.

Investment in Spine Technology
Many investors looking to invest in spine technology may think minimally invasive technology is the way to go. Actually, it's the paradox. Next generation technologies, which are less costly and improvements in the open repair, are more popular and will stay for the next two decades. New technologies in spine fusion will replace the conventional treatments slowly, thus bridging the gap between the conventional treatment and minimally invasive surgery. Spinofix's cross connector system is one of the technology that the companies are using to bridge the gap.

Is the Asian spine market different?
In Asia, physicians affiliated with academic research centers are small in number (less than five percent). Most surgeons are likely to learn minimally invasive techniques in the future because they have more emphasis on procedural development.

In the coming healthcare climate, which is wrought with uncertain reimbursement rates and the potential for an increase in patient volume in countries like China and India, physicians are busy serving in the operating room all day and managing a robust practice. They will need to search for systems with simple ease-of-use, short learning curve and high value. The physicians will need to invest in low-cost systems like Spinofix that demonstrate beneficial patient outcomes.

Active patient recovery
As minimally invasive surgery and pain medicine make advancements, patients are able to play an active role in their recovery process. Patients are looking to explore their options. Many choose conventional spine surgery that are minimally invasive because they know the outcomes are predictable.

She decided to go the conventional route even though her cost was covered by the hospital system. Four weeks later she said, "I am glad I chose conventional treatment and I feel better. I read a lot about spine surgery on the internet and decided that I stick to the predictability of the procedure than the newness and hype of the less invasive surgery."