Franc Kaiser: Chinese M&A to heat up substantially in 2013 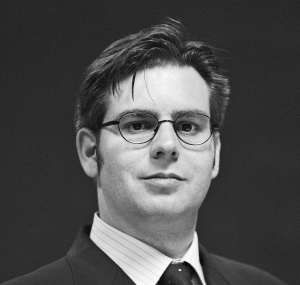 The M&A climate had started to heat up in 2012, and it is likely to get hotter in 2013. The majority of China's 2012 deal activities was related to drug manufacturing assets and drug commercialization, unlike years back when CRO services was the name of the game.

Many local players have reshuffled their investment portfolios and acquired other domestic companies, driving the consolidation forward in terms of production capacities as well as sales and distribution channels. On the other hand, non-Chinese pharma players have realized that China is becoming the world's second largest drug market and is growing at 15-18 percent.

Overall, both M&A transactions and venture capital investments were on the rise in 2012. The deal valuations were at an average of 3.2 times revenue multiple, and a fast growing market drives the EBIT multiples beyond 20 times, which is not necessarily different to other sectors in China, but will remain higher compared to other industries in the years to come.

The medical device industry observed several serious acquisitions (i.e. in the orthopaedics arena), mostly driven by foreign players looking to grab market share, and secure product portfolios suitable to the local market. This year would be a strong deal year in pharma/biotech, with a certain uptake of deals after the political leadership change. Overall, there are a few important strategic themes:

Domestic consolidation: The player landscape in drug production and sales will further consolidate, driven by Chinese players acquiring other domestic players. Those players' priority will remain within China for the time being, and will look at global targets in exceptional cases only.

Ready for the generics war: Finished preparation makers are further forced to play generic due to China's massive price cuts and the sheer overall market size of generic drugs. Although there may be no major deals between MNCs and domestic players in near future, many foreign players are looking to find bolt-on acquisitions for branded generics. On the intermediaries product, players will try to cherry-pick the local high-quality API makers either with a local play or via a local partnership.

Platform strategies: Chinese targets will less likely be interesting to foreign buyers because of the product portfolios they have to offer, but can serve as a platform for driving registration work for the import portfolio, as well as open up sales and distribution channels.

Bolt-on: Most players active in China are worried about their own relative thin product portfolio and launch pipeline, and look in to buying or in-licensing specific products that are made in China or elsewhere.