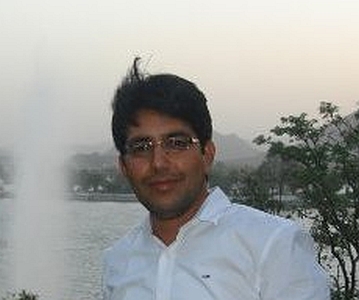 Bt cotton has been a very successful story in Indian agricultural history. The adoption rate of the crop has been very rapid and it enjoys great popularity among cotton growers. Already enjoying 93 percent adoption during 2011-12, it is just a matter of time that the Bt cotton will take over the remaining part of the cultivated land.

Most importantly, the farmers, despite a lot of negativism, have still chosen to grow it and reap the benefits economically. The rapid adoption of this biotech crop across the world over the period of time has dispelled the notions of technology being anti-farmer. The benefits that it offered to the farmers have been immense. The farmers have grown economically and socially.

The Indian policy makers have to feel the pulse of the farmers and allow them a choice without mandatory conditions for cultivation. It is astonishing to see that the farmers have to purchase the non Bt cotton and cultivate them along with Bt cotton under mandatory rules that come with growing of the crop. It puts a load on the poor farmers who must have a choice to grow their crop of interest. Also they need to be allowed to retain the seeds.

However, if the authorities still feel that it is necessary for farmers to do so, they could be asked to mix both seeds as per their will and go ahead with the cultivation. It is ridiculous to say that technology will cause harm to the biodiversity. In fact the availability of such alternatives will help in enhancing the concept and extend its horizons.

If we take into account the regulations in the pharmaceuticals industry, the Drug Controller General of India (DCGI) is the final authority once the drug is cleared by the Review Committee on Genetic Manipulation (RCGM). Whereas, it is unfortunate that in case of agri-biotech, Dr M S Swaminathan report is yet to be implemented. In fact it is the mandate of agriculture ministry to take a call on the cultivation whereas the clearance on biodiversity may come from the Ministry of Environment and Forestry (MoEF), but it cannot be the final authority.

One fails to understand that why we can't give benefit to our farmers. There are tremendous number of opportunities that are available in the agri-biotech sector. Within the next 2-3 years, the golden rice project by Indian Agricultural Research Institute will reach its final stage and must be provided approval on priority. Another case is that of hybrid mustard of Dr Deepak Pental of Delhi University.

Given the huge issues related to the malnutrition in India, we have to look at all the technologies that can save our children as saviors. Among the other opportunity areas, GM canola that has been cultivated freely by Australia and also the other crops that are even being taken up by the small countries such as Sudan. For example the edible crops such as soyabean and mustard can be cultivated at the small scale yet with huge crop potential if allowed by the regulators. We cannot ignore the great benefits offered by these technologies just because few of us have unfounded unsubstantiated fears.

The next decade has to be dedicated to the agricultural technologies that can feed millions and secure our food security. Therefore the outdated regulations have no place in today's competitive world and timely rethink is a must. We have to learn to adopt and change for the betterment and overall good of the society.