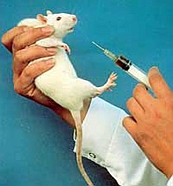 As cosmetics grow more sophisticated and the line between cosmetic products and drugs continues to blur, it will become increasingly difficult for cosmetic companies to use term such as "cosmeceutical" to describe a category of products or ingredients that has not been recognized, defined, measured or tested by the US FDA.

We are beginning to see a new cosmetic category with expanded boundaries and definitions emerging to encompass a new product classification, the pharmaceutical beauty products. Somewhere between moisturizers and hand creams on one end of the spectrum and Botox and Latisse on the other, will potentially reside a new 'high-tech Rx' category of skincare, which will inherit both the legacy and potential of cosmeceuticals as we know them today.

What is a cosmeceutical?
The term was invented by dermatologist Albert Kligman from the University of Pennsylvania by joining cosme(tic) to (pharma)ceutical. Kligman is credited with showing the effectiveness of topically applied all-trans-retinoic acid (ATRA) in improving the appearance of aged skin. A cosmeceutical may therefore be regarded as being in-between a combination of a cosmetic and a pharmaceutical product. However, the term is not recognized in law, and ATRA is considered as a drug.

With regards to the guidelines for testing such products for efficacy and safety, the European Commission presented its yearly report on 'Alternative Methods to Animal Tests in the Field of Cosmetics' to the European Parliament and Council. The Cosmetics Directive prohibits animal testing of finished cosmetic products and animal testing of ingredients of cosmetic products in the EU. A marketing ban is also in place, which prohibits selling cosmetic products in the EU, containing ingredients that have been tested on animals. Many of the tests that are needed to ensure the safety of cosmetic products' alternative methods are developed and validated by now. However, work continues to close the remaining gap for the small number of the most complex effects on health for which the marketing ban deadline comes into force in March 2013.

With some help and guidance from People for the Ethical Treatment of Animals (PETA)-funded scientists, China is already one-step closer to introducing its first non-animal testing method for cosmetics ingredients. The 3T3 Neutral Red Uptake Phototoxicity Assay, which tests chemicals for their potential toxicity when they come into contact with sunlight and which is already in widespread use in the US and the EU is expected to be accepted in China this year.

Recent advances in testing of cosmeceuticals
The methods for engineering tissue samples are among the most complex of an expanding portfolio of technologies intended to eliminate or reduce animal testing. Developing the alternative methods has turned out to be daunting partly because it takes years of testing to satisfy users and regulators that the results are as-accurate-as or better than animal trials. Many researchers believe caution is justified. However, in vitro tests using human cells have been making headway. Analysts estimate that $716 million was spent last year for contract research at labs that specialize in such alternative techniques.

The field is crowded with companies like MatTek, Admet and Xceleron. MatTek, a company in Ashland, US, grows human tissues for testing from donor cells. Charles River Laboratories, the world's largest supplier of genetically engineered rodents for labs, has a subsidiary called Endosafe, which provides an alternative to the testing of solutions in rabbits' eyes for contamination with fever-producing bacteria. In many ways, the alternatives are driven by a few giants who are eager to move from animal testing for scientific, business and for reasons of self-image. Procter & Gamble has spent millions developing and deploying alternative testing methods for a wide range of personal-care products. And L'OrÃ©al, the French cosmetics giant, has bought Episkin and SkinEthic, two companies that develop alternative tests.

DRF develops animal free models
Dabur Research Foundation (DRF) has taken the lead in developing alternative methods to animal testing in India. These methods accelerate the screening process by decreasing time taken for screening and hence are more economical than animal testing. We use laboratory-grown human skin cells to simulate the body's response to foreign chemicals. In the last few years we have developed in vitro models which can substitute animals in various preclinical studies.

The model uses submerged cultures of keratinocytes and/or fibroblasts permitting the production of a large number of cells, and large scale toxicity screening tests with many substances, that can be applied in a broad concentration range. Since the stratum corneum is absent in conventional (submerged) keratinocyte culture systems, this model is mainly suited for testing of water soluble compounds.

For the evaluation of safety and efficacy a number of tests have already been developed, including assessment of cell viability, changes in cell morphology, modulation of cell proliferation and differentiation, monitoring of membrane damage, the measurement of uptake, establishment of the modulation of cell metabolism, and determination of the release of inflammatory mediators among others. Preliminary experiments have shown promise and rigorous tests are under way to determine the accuracy of these models. We are also investigating the complex effect of cosmeceuticals on the cell signaling and its effect on key cytokines and chemokines when they directly come in contact with human cells. The challenge is to validate these models with best in class products and correlate with what happens in real life.

With a large repertoire of models already available for testing cosmetic and dermatological products at DRF, we are striving hard to develop efficient, accurate, validated, reliable and economic solutions as an alternative to the animal experimentation. At DRF we offer a range of models designed to undertake dermo-cosmetic assessment of products for a range of indications, as shown in the tables below. Conclusion
European regulators had set 2009 as a deadline to end all cosmetic testing on animals. Another push came from European legislation, which requires companies to provide safety data for about 30,000 chemicals over the next 11 years.

Estimates found that the program could require killing an additional 3.9 million animals, but regulators have responded by putting heavy pressure on industry to develop and validate alternatives.

In the US and rest of the world including India there have been no similar government mandates to reduce animal testing although various agencies are working towards formulating guidelines that encourage animal free testing. Recent developments suggest we now have the tools to look much more closely on how efficacy and toxicity occurs, and that we have to do it on human cells. Time isn't far when the use of animals for testing could be greatly reduced.