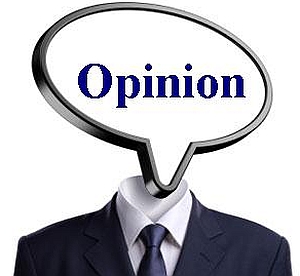 Given that India pharma market currently ranks 13th by value and fourth by volume globally, and it has the maximum number of US FDA approved plants outside of the US and has already bagged strong credentials in low-cost quality drug manufacturing. Not only India is seen as a fast growing market for foreign players to set up shops, the country also serves as a contract manufacturer and an R&D partner to many MNCs. Almost all major pharma and medical devices companies, namely, Merck, Pfizer, GSK, Medtronic, B Braun... have a presence in India.

Medical equipment/devices market should be one of the focus areas for global players to invest in India. Overall market is growing at a high rate of 21 percent and is poised to reach $6 billion by 2013. Also, the market is fragmented with a handful of Indian companies above $20 million in revenues. A case in point is the recent acquisition of Alder Mediequip, an Indian producer of orthopaedic trauma products, by Smith & Nephew. The acquisition would give Smith & Nephew a platform to provide and develop products for the mid-tier market in India and for exports as well.

Recent regulatory challenges on Foreign Direct Investment (FDI) which requires approval from Foreign Investment Promotion Board (FIPB) of India, even for a minority foreign investment, may dampen the interest of foreign players in mid-term but as uncertainty lifts over these issues, long-term prospects seem bright.

For outbound pharma M&A, Indian companies would keep scouting for niche assets where they can get access to technology capabilities (India-based Dr Reddy's Labs acquiring Netherlands-based OctoPlus), and marketing and distribution set up (India-based Cipla buying 51 percent stake in South Africa-based Cipla Medpro, a distributor of former's products in South Africa and its neighboring countries). As far as inbound M&A is concerned, regulatory challenges on FDI in pharma, recent price control policy which caps the prices of 348 essential medicines and patent issues of "evergreening" and "compulsory licensing" may slow down the deal activities until there is clarity on these issues.

MNCs have shown great interest in the Indian medical devices market through JVs (R&D, technical innovations and marketing) or setting up of subsidiaries. Global giants like Phillips, GE Healthcare, and Siemens have made acquisitions in India in the mid-to-low end product segment to gain market share and also to provide products in multiple price range. For instance, Philips India acquired Meditronix and Alpha X-ray, 2 X-ray and imaging products manufacturing companies in India to cater to the mid-segment price point. Similarly, US-based Midmark Corp acquired stake in Janak Healthcare, an India-based manufacturer of hospital beds and medical furniture.

Foreign private equity firms have also shown interest in investing in Indian medical device companies for a significant minority or even a controlling stake. A very recent example is of Goldman Sachs Private Equity investing $20 million in India-based BPL Medical Technologies for a 49 percent stake.

Indian healthcare market is poised to witness increased deal activity going forward as Indian players try to gain access to foreign markets and consolidate their positions at home. At the same time, foreign companies enter India to exploit the vast potential of this high-growth market. Along with buyouts, MNCs would continue to look at tapping the Indian market through alliances (out licensing, marketing rights etc.) and joint ventures.