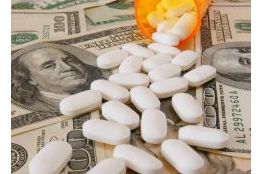 Singapore: According to sources, Korea-based Bukwang Pharmaceutical is expected to acquire a Danish bio-venture firm, Contera Pharma, which has developed a new treatment for Parkinson's disease.

The Korean company announced that after the acquisition, the Korean medical company will focus on the development of medicine for Parkinson's disease.

Recently Bukwang announced that they will acquire almost 100 percent of the shares of Copenhagen-based R&D center. The detailed transaction amount is not disclosed. Bukwang also said that they had signed a term sheet to further discuss the detailed terms, including technology transfer.

Bukwang spokesperson said that the company plans to implement the first phase of clinical test of the Parkinson's drug material, in order to devise a new treatment for the disease. He also added that Bukwang will run Contera Pharma as an independent subsidiary and form a network with European bio-ventures by employing local researchers.

An official at Bukwang Pharmaceutical said, "The formal contract for M&A is expected to be signed by the end of October. With the acquisition, we will secure the new material and this can be used to develop a new medicine for Parkinson's disease."