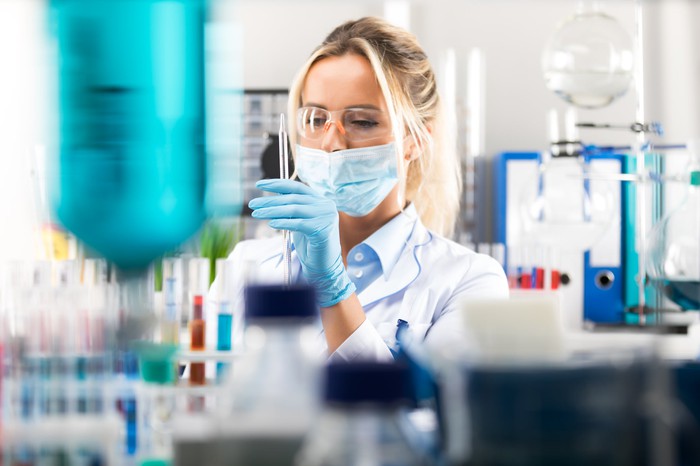 The company, led by President and CEO Se-chang Kwon and co-representative Jong-soo Woo, participated in the 38th J.P. Morgan Healthcare Conference in San Francisco during Jan. 13-15, which it presented its vision and major R&D strategies for 2020.

Kwon delivered the presentation at a session on Jan. 15 with key executives including Vice Chairman Gwan-sun Lee and Head of R&D center Kwee-hyun Suh attending.

Kwon highlighted significant pipelines on which the company would focus throughout 2020. He presented eight novel drug candidates among 29 pipelines as key programs, promising the company would make all-out efforts to make successful achievements, including out-licensing.

NASH is a complex chronic liver disease, which there is no currently approved therapies. An effective treatment, if any, needs to act simultaneously on multiple indices including steatosis, inflammation and fibrosis. HM15211 showed rapid and potent effect by reducing liver fat in Phase 1 multiple ascending dose study.

It is also effective in suppressing hepatic stellate cell activation and reducing pro-inflammatory cytokines. Hanmi plans to initiate Phase 2 study of HM15211 in the second quarter of this year with biopsy-proven NASH patients around the world.

Another highlighted program, HM12525A(LAPSGlucagon/GLP-1 Dual Agonist), also drew attention which Janssen has returned back its out-licensed rights last year after finishing Phase 2 study. Unlike Janssen, which tried to develop a dual-acting agonist to treat both obesity and diabetes, Hanmi is developing a first-in-class dual-acting anti-obesity drug with stronger efficacy compared to currently existing anti-obesity drug.

HM15136, an innovative anti-obesity drug under development with a new mechanism of action, also drew attention. In the obese animal model, HM15136 was twice as effective as currently available drugs in weight loss and shown significant body-weight reduction when administered in combination with the anti-diabetic drug DPP-4. HM15136 targets to reduce approximately 20 percent of body weight. HM15136 completed Phase 1 single ascending dose (SAD) clinical study and the multiple ascending doses, and (MAD) trial is expected to be completed by the third quarter of this year.

The NDA application for the oral anti-cancer drug Oraxol will be submitted in the first half of this year. Rolontis, a biologic drug to treat chemotherapy-induced neutropenia, is expected to obtain FDA approval for commercialization by October of this year, which FDA's review of biologic license application (BLA) is already under way.

Among nearly 30 pipeline assets developed by Hanmi, 30 percent (or 8 assets) of them are developed as rare diseases treatment, having five assets have obtained the total of 12 Orphan Drug Designations (also called ODD) from the Ministry of Food and Drug Safety of Korea (MFDS), the U.S. Food and Drug Administration (FDA), European Medicines Agency (EMA) and the Medicines and Healthcare products Regulatory Agency of the United Kingdom (MHRA).

HM15136(LAPSGlucagon Analog) and HM15912(LAPSGLP-2 Analog) were designated as orphan drugs for the treatment of Congenital Hyperinsulinism (CHI) and short bowel syndrome (SBS) in the U.S. and Europe, respectively.

HM43239, a FLT3 inhibitor, was designated as a drug for Acute Myeloid Leukemia (AML) by the U.S. FDA. Furthermore, Hanmi is developing a monthly enzyme replacement treatment for patients suffering from fabry & maroteaux-lamy syndrome.

"We are developing various innovative drugs through open innovation and keeping our robust commitment to R&D amid environmental changes that are increasingly challenging to us," said Kwon. "We will do our best to strengthen Korean pharmaceutical Industry's competitiveness with consistent, performance-based R&D and collaboration with overseas partners."