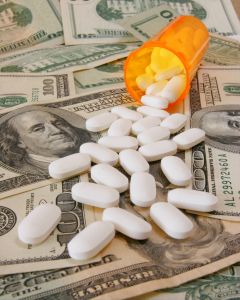 Singapore: Osaka-based Shionogi has began to supply Pirespa 200mg tablet (pirfenidone) to Ildong Pharmaceutical, which is headquartered in Seoul, for the treatment of idiopathic pulmonary fibrosis (IPF) in South Korea. Pirespa is commercially available in South Korea through Ildong since October 8, 2012.

Shionogi developed pirfenidone for the treatment of IPF in Japan after entered into an in-licensing agreement with US-based Marnac and KDL, Tokyo, in 1997. The company received a marketing and manufacturing approval of pirfenidone for IPF in Japan in October and launched it as Pirespa in December 2008. It was the first time for the product to become available all over the world.

Pirfenidone has a new mechanism of action which can directly inhibit fibrosis and the product is expected to reduce the progression of IPF. The product has already been used for a lot of patients with IPF as a new treatment option.

For the patients with IPF in South Korea, Shionogi and Ildong entered into the licensing agreement for the sale of pirfenidone in May 2011, and Ildong had developed the product and received the approval after a fast track procedure as an orphan drug at the end of July 2012. For the launch of Pirespa by Ildong in October, Shionogi began to provide the product to Ildong at the end of September 2012.