The research is being supported by Synchron Pty Ltd, an Australian Neurotechnology Company. 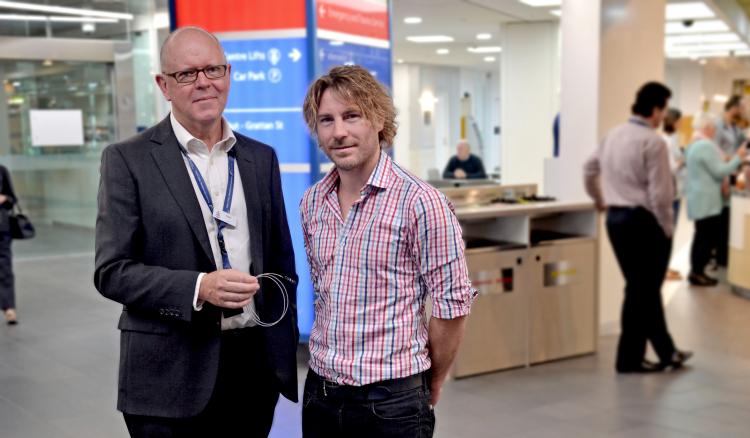 A device the size of a small paperclip, created to give people with severe paralysis the ability to communicate again, has been approved for its first-in-human clinical trial, which will be at The Royal Melbourne Hospital.

The Stentrode™ is a device that is placed inside a blood vessel of the brain located in an area that controls movement (motor cortex). It is the only investigational technology of its kind that does not require open brain surgery. Once implanted, the Stentrode™ picks up signals and transmits the signals to artificial intelligence software that could help a person communicate or control a computer.

Five patients with a range of conditions including spinal cord injury, stroke, muscular dystrophy, or motor neuron disease, including amyotrophic lateral sclerosis (ALS) will be recruited to trial the device.

The Royal Melbourne Hospital’s Professor Peter Mitchell, Director, Neurointervention Service and principal investigator on the trial, said the real-world effect of this technology is that it will benefit people who are locked into their bodies, who have almost no physical function and can’t speak.

“If this trial can successfully provide a brain-to-computer interface, it would allow people with these kinds of injuries and diseases to communicate – this would be amazing,” Professor Mitchell said.