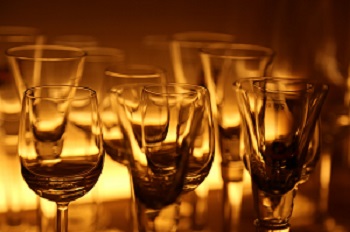 Singapore: The national health report released by the Federal Government's Australian Institute of Health and Welfare has pointed out that Australian's are smoking less, drinking less and living longer because of that.

The report that is released every two years was titled 'Australia's Health 2014' and said that the daily smoking rates in the country have consistently recorded a fall.

Report highlights: Smoking in Australia
â€¢ Australians' daily smoking rates are well below international standards and are      continuing to drop
â€¢ Between 1964 and 2010, the rate of Australian adults who smoked dropped from 43 percent to 16 percent
â€¢ Less young people are also taking up smoking
â€¢ In 2001, about one-quarter of 18 to 24 year olds smoked daily-by 2010, this had fallen to 16 percent

Report highlights: Life expectancy in Australia
â€¢ Death rates from chronic diseases are going down
â€¢ Life expectancy is going up
â€¢ Deaths from cancer have dropped
â€¢ The prevalence of new cancer cases is rising each year, mostly due to the population ageing, cancer death rates are continuing to fall
â€¢ Between 1991 and 2011, deaths from all cancers combined fell by 17 percent and the five-year survival rate increased from 47 percent in 1982-1987 to 66 percent in 2006-2010

"The reasons cancer death rates are falling include changes in exposure to cancer risks (such as not smoking), improved primary prevention (such as better sun protection), advances in cancer treatment and, for some cancers, earlier detection through screening programs (bowel, breast and cervical) and other testing (prostate)," the report stated.

Report highlights: Heart attacks in Australia
â€¢ Heart attack and stroke rates have been reduced
â€¢ Heart attack rates from 2007 to 2011 have fallen 20 percent and the rate of stroke events has dropped by 25 percent between 1997 and 2009

"Australians have one of the highest life expectancies in the world and can expect to live about 25 years longer, on average, than a century ago," the institute explained in a report. A baby boy born in 1901 would have lived to 55 years and a baby girl to 59 years. Today, it's 80 for men and 84 years for women. Attitude toward personal health has been cited as the reason for this improvement.

More than half of all Australians aged 15 and over considered themselves to be in "excellent" health, while only 4 percent rated their health as "poor".