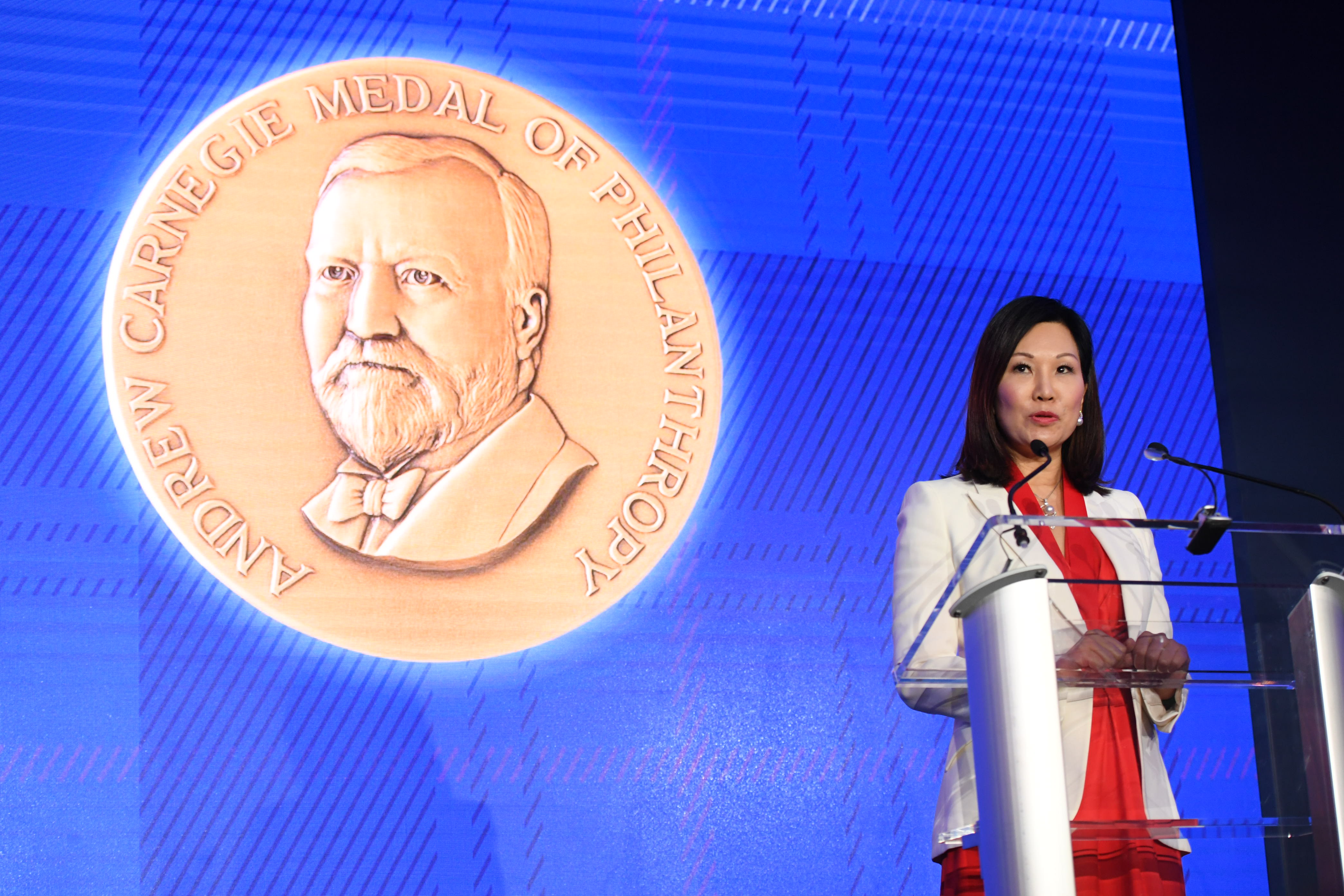 Prior to receiving the prestigious Carnegie Medal of Philanthropy, Mei Hing Chak and her husband Chi Keung Lau had created a legendary rags-to-riches business.

Since forming the business more than 20 years ago, they have transformed Heungkong Group into a conglomerate. The company covers; trade logistics, urban development, financial services, healthcare, education and tourism, as well as metals processing and energy.It has been ranked among China's Top 50 Private Companies.

The Carnegie Medal of Philanthropy was established by the Carnegie Foundation. The award is given every two years to individuals who share the same spirit of giving with founder Andrew Carnegie.

Though it is renowned philanthropy award, is conducted in total secrecy, with neither the presenters nor the potential recipients of the award having any advance clue whatsoever as to whom the recipient might be.

For this reason, Mei Hing Chak was astonished when she was informed that she was in fact a recipient.Mei Hing Chak has been engaged in philanthropy for more than 20 years.

The 22 Carnegie institutions in the United States and Europe nominate the medalists, with seven among them proceeding into the final selection.

The honorees are recognized as catalysts for good whose philanthropy has had a significant and lasting impact on a particular field, nation or community.

Dean of the Institute for Philanthropy at Tsinghua University, Wang Ming, said that Mei Hing Chak's winning of the medal is not only a personal honor, but also a testament to the vigorous development of modern public welfare in China, which has garnered a high level of international recognition.

At the beginning of her career in philanthropy, Mei Hing Chak donated money to publicly funded charitable foundations. Yet was frustrated by being unable to choose the projects that she felt were important and reflected her vision.

In 2005, after the country loosened the restriction, Mei Hing Chak became the first to apply for the right to found a charitable foundation and received governmental approval.

Heungkong Charitable Foundation's registration number for its status as a private foundation (referred to in China as a non-publicly funded charitable institution) is 001, reflecting the fact that it is China's very first.

Since its inception, Heungkong Charitable Foundation has been committed to carrying out educational assistance, poverty alleviation, aid and disaster relief throughout 18 provinces and cities.

After years of expansion, Heungkong Charitable Foundation now has a team of nearly 20,000 volunteers. Their assistance in the aggregate has amounted to more than 100,000 instances of volunteer works being performed, benefiting more than 3 million individuals.

Heungkong Charitable Foundation has been focused on helping the less fortunate through education as well as by providing aid and disaster relief.

In the educational sphere, the foundation will focus on two programs: building libraries and supporting disadvantaged college students.

In the health sphere, Mei Hing Chak is planning to donate 1 billion yuan (approx. US$150 million) to charitable foundations dedicated to healthcare.

Through the charitable foundations, the fund will be donated to specialized hospitals that will provide medical assistance in disadvantaged areas and to less fortunate people.

Unlike traditional charity projects, this project can generate a cash flow for itself through the operation of the hospitals and thereby fund its further development.