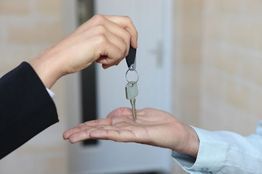 Singapore: French biotech firm Transgene SA has granted Ascend Biopharmaceuticals, an emerging privately-held Australian immunotherapy company, a license to develop and commercialize TG1042 in basal cell carcinoma, as well as in two other cancer indications. Transgene retains rights to other potential indications. Terms and conditions of the license to Ascend were not disclosed.

TG1042 was previously licensed to Virax, another Australia-based immunotherapy company. This license agreement was terminated in 2012, when Virax discontinued its activities. Rights were then returned to Transgene.

Commenting on the deal, Mr Philippe Archinard, chairman and chief executive of Transgene, said, "Through this license agreement, we keep supporting the development of this asset and remain financially incentivized to its success. Furthermore, as we keep certain rights, we could later build on the product's clinical and commercial success for our own development."

Transgene's four most advanced products have generated proof of concept data in randomized clinical studies: in lung cancer (TG4010), liver cancer (Pexa-Vec), hepatitis C (TG4040) and HPV-related cervical lesions (TG4001). The company has concluded strategic agreements for the development of three of these products: an option agreement with Novartis for TG4010, an in-licensing agreement with USA-based Jennerex, to develop and market Pexa-Vec and a strategic collaboration with EORTC to develop TG4001 in cancer of the oropharynx.