'In Sweden scientists own their innovations' 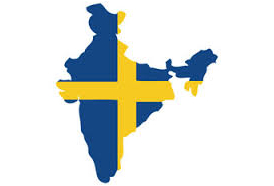 Singapore: The cooperation in S&T especially the business opportunities in Life Science space, received a boost with the visit of Swedish Minister Ms Ulrica Messing to India in 2005, and the subsequent visit by India's S&T Minister to Sweden, in the same year.

This led to signing of MoU between the Swedish Ministry of Education and Research and Indian Ministry of S&T.

The agreement was very much in line with the science cooperation agreement India had with EU. These agreements were subsequently followed up few years later by signing up of MoU by the Ministry of Health between both the countries.

Following these agreements, the Department of Biotechnology of India, and Sweden's Agency for the Innovation of Science called 'Vinnova', signed science cooperation agreement which focused on tuberculosis research. There was also similar agreement between India's DST & Vinnova, Karolinska Institutet & ICMR among others.

"Sweden is ranked as the numero uno country in the world for innovation. The main advantage in Sweden, compared to other countries is that, scientists who makes the innovation, own the Innovation, and not the institution for which they work," says Prof Carani B Sanjeevi, Department of Medicine, Karolinska Institutet, Solna, Sweden, and Senior Advisor, Business Sweden-Invest, Stockholm, Sweden.

This is unique and quite different from other countries in the world like the US or the UK, where the institution or the university own the discovery made by the scientist.

"There are systems put in place that helps scientists to make their discovery into an IP (intellectual property), and then turn the IP into a company. The company is usually housed in science parks or incubation centers within the University for its Growth," adds Prof Sanjeevi.

Vinnova, as well as other agencies like Innovationsbron GU Holding provide start-up funds, early growth fund, and after some years by venture capital funds.

There are several firms started like this in Stockholm-Uppsala region, Malmo-Lund region in Southern Sweden, in Gothenburg, and in other University towns like Linkoping and UmeÃ¥. These companies could be pharma, biotech, medtech, diagnostic or digital health companies.

From an historical perspective, Swedish MNCs like Pharmacia and Astra were born from this model. All these companies and academic environment provide great opportunities for academy-industry collaborations, drug development, codevelopment, in-licensing including acquisition opportunities for Indian companies in pharma and biotech space.

Prof Sanjeevi opines that Sweden offers many unique opportunities in life science space as it is said to be a knowledge economy. "A lot of money is invested in creating new knowledge. For example, at Karolinska Institute, being one of the largest medical universities in the world, has an annual budget of approximately USD 1 billion," he comments.
This amount of investment makes it perennial source of innovation. Many of these innovations are supported by University created structures like Karolinska Innovations AB, Karolinska Development AB, and Karolinska Science Park among others.

"Once Indian businessmen visit Sweden and see the scope, they are usually overwhelmed by what they see in the form of opportunities," concludes Prof Sanjeevi.