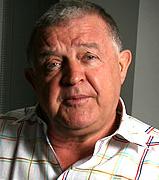 The share placement means Mr Mathieson is now the largest shareholder of the company, with almost a 15 percent ownership position. The placement covers the company's entire 15 percent issuance capacity and will be followed by an entitlement issue to all shareholders.

Mr Michael Thomas, CEO, iSonea, said that the investment recognised the pioneering nature of the firm's asthma and acoustic respiratory monitoring (ARM) technologies."After the successful launch of its AsthmaSense mobile smartphone app in the past three months, the company is now focused on integrating its existing proprietary ARM sensors and analytical software with the AsthmaSense mobile smartphone applications (app) to develop an app based wheeze monitor known as AirSonea," he added.

Mr Mathieson commented that, "iSonea is strongly positioned in the new area of digital health. The asthma monitoring device they are developing to operate with smart phones has enormous potential to help asthmatics worldwide and generate impressive recurring revenue. I believe iSonea's products are ahead of the curve and representative of the future of health management."

Patersons Securities acted as lead manager to the placement. The placement will be followed by an entitlement issue to all shareholders.