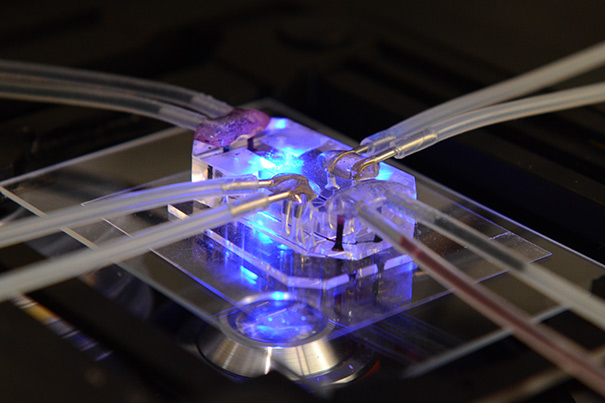 Singapore: A team at the Wyss Institute for Biologically Inspired Engineering at Harvard University has received a $5.6 million grant from the United States Food and Drug Administration (FDA) to use its organs-on-chips technology to test human physiological responses to radiation and evaluate drugs designed to counter those effects.

The effort will also be supported by a team in the vascular biology program at Children's Hospital Boston.

The multiyear project will investigate whether organs-on-chips - tiny, microfluidic devices that are lined by living human cells and mimic complex organ physiology - can be used instead of animals to evaluate the efficacy and safety of medical treatments for radiation sickness, or acute radiation syndrome (ARS). Animal models often fail to accurately predict human responses, and human subjects cannot be tested with exposure to lethal radiation.

ARS occurs when the body receives a high dose of radiation, usually over a short period of time. Symptoms range from loss of appetite, fatigue, fever, nausea, vomiting, and diarrhea to seizures, coma, and death. The project is part of the FDA's Medical Countermeasures Initiative (MCMi), which was launched in 2010.

"One of the fundamental goals of the MCMi is to ensure that we are prepared to respond effectively to acts of terrorism that may involve radiological or nuclear attacks, and to incidents such as the Fukushima nuclear disaster in Japan in 2011," said Luciana Borio, head of the FDA program. "We have a lot to learn about the human physiological response to radiation, and are excited to explore the potential of the Wyss Institute's novel human organs-on-chips in filling that knowledge gap in a safe and cost-effective way," she added.