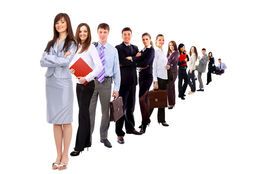 Singapore: ZRG Partners, a global authority on talent management issues in the life sciences, pharmaceutical and medical markets, revealed that the year 2012 ended with two straight quarters of decline in its Global Life Sciences Hiring Index, closing at a 76.5 percent level.

Although the index was unchanged from the fourth quarter in 2011, there were some interesting shifts in where new jobs are being sought and the job functions that are now in demand. The index highligjhted that the Asia Pacific (APAC) region was the driver of growth with a 17.8 percent increase in demand. The index also pointed out that Pfizer is flexing its hiring muscle as the Q4 leader in the region with open requisitions and new talent openings. R&D hiring globally was the largest category percentage gainer in new openings of any job function.

However, regulatory, quality and clinical sectors had an across-the-board drop globally. EMEA showed an overall drop in hiring, with a decrease of 9.1 percent in Q4. Medical device and diagnostics sectors are also trending down in demand, revealed ZRG Partners.

As compared to 2011, the year 2012 hiring in the pharma sector was up, but was driven by specialized roles that were difficult to fill during the year. Broader skill sets in sales and marketing became less important and specialized skills in quality, regulatory and clinical witnesse a demand. Furthermore, APAC growth potential kept multinationals on the hunt for new talent.

Surprisingly, demand for manufacturing talent was on the rise, perhaps due to shifting locations for existing facilities for many firms leading to the opening up of new roles in regions with better cost structures and geo-political life sciences environments.