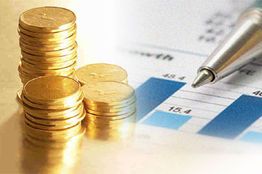 Universal Biosensors reports that its revenue from quarterly service fees from blood glucose test strips increased by 311 percent to $2.2 million

Singapore: Universal Biosensors reported its unaudited financial result for FY 2012 including a doubling of total revenues to $29.6 million for the year. The strong growth in revenue was largely driven by increased sales of the OneTouch Verio blood glucose test strips, which are now being sold globally by LifeScan (a subsidiary of Johnson and Johnson).

In the 12 months ending FY 2012, revenue from quarterly service fees, based on blood glucose test strips sold, increased by 311 percent to $2.2 million, as compared to $544,000 in FY 2011. Product revenues increased by 61 percent from $12.1 million-to-$19.4 million as a result of increased manufacturing volumes. UBI finished the year in a stronger financial position, reporting a net loss of $9.1 million, down 38 percent from $14.7 million in the previous year.

Operating cash burn was reduced by 54 percent (from $7.2 million in the previous year to $3.3 million) and ongoing cost management saw general and administrative costs down a further seven percent on last year, from $7.3 million in FY2011 to $6.8 million in FY2012.

Mr Paul Wright, CEO of Universal Biosensors said, "Strong early growth in sales of OneTouch Verio blood glucose test strips along with prudent management of our operations and overheads saw improved results in 2012. With a solid cash balance and validated technology platforms we are pushing towards the 2013 launch of the first of our coagulation tests developed in partnership with Siemens - an important milestone for the company."

UBI also reported improved manufacturing margins, generating a profit of seven percent from these operations, compared to a loss of two percent in the previous year. UBI has a strong balance sheet with $23.6 million cash and no debt. Mr Wright said the company's improved cash position enabled ongoing investment in its product pipeline. Investment in R&D increased 37 percent, up from $9.8 million in 2011 to $13.5 million. This was partly offset by service revenues of $8 million, received from LifeScan and Siemens for the successful delivery of R&D outcomes. He noted the investment, which is in line with historical levels, was mostly related to the three coagulation testing products in development with Siemens, the first of which is expected to be launched in 2013.