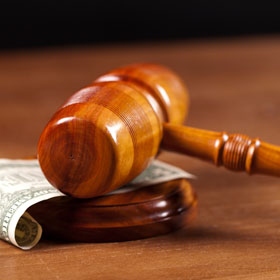 Singapore: Myriad Genetics has sued two of its main competitors, Ambry Genetics and Gene by Gene claiming that their version of the breast cancer genetic test has infringed patents owned by Myriad. The Utah-based company has said that the tests offered by these companies infringed some of the patent claims of Myriad that the Supreme Court did not invalidate in its ruling on June 13 this year.

The lawsuit that was filed in the US District Court for the District of Utah, Central Division against Houston-based Gene by Gene comes only a day after Myriad filed a similar suit against Ambry Genetics from Southern California. While Ambry started offering the BRCA1 and BRCA2 test shortly after the Supreme Court's decision in the case, Gene by Gene made the test available for $995 through its DNA Traits division on the same day that the SC handed down its decision.

Myriad alleges that Gene by Gene is infringing nine US patents even though the company has refused to comment till it gets a notification regarding the suit. Although the company had argued while releasing the test that DNA Traits 'had been processing BRCA1/2 genes for individuals living outside the US since 2012.'

Meanwhile, Ambry that offers the test for $1,000 has defended its test. "We have had an overwhelming response from our clients seeking an alternative laboratory to perform BRCA testing, and Ambry is fully committed to support our clients and patients moving forward," Mr Charles Dunlop, Chief Executive, Ambry Genetics said in a statement.

Myriad is seeking a jury trial, a temporary and preliminary injuction against the companies for continued infringement of patents. Further, the company is also seeking 'enhanced damages', which could be tripled if the court found that the infringement was willful.

The US Supreme Court has last month invalidated Myriad's patent claims on isolated BRCA sequences, while maintaining that synthetic DNA, or cDNA could be patented considering that it does not occur naturally.