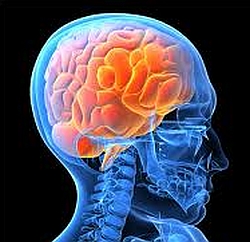 The team's implant is made of the same ceramic material currently used in hip implants and dental crowns, yttria-stabilized zirconia (YSZ).

Singapore: A team of University of California, Riverside, researchers have developed a novel transparent skull implant that literally provides a 'window to the brain', which they hope will eventually open new treatment options for patients with life-threatening neurological disorders, such as brain cancer and traumatic brain injury.

The team's implant is made of the same ceramic material currently used in hip implants and dental crowns, yttria-stabilized zirconia (YSZ). However, the key difference is that their material has been processed in a unique way to make it transparent.

Since YSZ has already proven itself to be well-tolerated by the body in other applications, the team's advancement now allows use of YSZ as a permanent window through which doctors can aim laser-based treatments for the brain, importantly, without having to perform repeated craniectomies, which involve removing a portion of the skull to access the brain.

The work also dovetails with President Obama's recently-announced BRAIN (Brain Research through Advancing Innovative Neurotechnologies) Initiative, which aims to revolutionize the understanding of the human mind and uncover new ways to treat, prevent, and cure brain disorders. The team envisions potential for their YSZ windows to facilitate the clinical translation of promising brain imaging and neuromodulation technologies being developed under this initiative.

"This is a case of a science fiction sounding idea becoming science fact, with strong potential for positive impact on patients," said Guillermo Aguilar, a professor of mechanical engineering at UC Riverside's Bourns College of Engineering (BCOE). Aguilar is part of 10-person team, comprised of faculty, graduate students and researchers from UC Riverside's Bourns College of Engineering and School of Medicine, who recently published a paper "Transparent Nanocrystalline Yttria-Stabilized-Zirconia Calvarium Prosthesis" about their findings online in the journal Nanomedicine: Nanotechnology, Biology and Medicine.