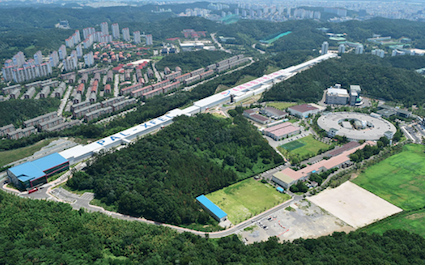 Pohang University of Science and Technology (POSTECH) in South Korea has recognized the bio sector as a key future industry ever since President Moo Hwan Kim took office in September 2019.

Early this year, President Kim presented the plans to build a medical school and a hospital, emphasizing the need for both institutions. These plans picked up speed with the COVID-19 pandemic, and are being realized with the opening of the Graduate School of Medical Science and Engineering.

Joon Won Park, former president and chemistry professor at POSTECH, who has led a boom in the biodiagnostics market with nanocon technology in 2006, is currently leading the project.

With the introduction of a medical school and a hospital, Professor Park wants to position Pohang as a world-renowned medical city in the long run. Like the University of Texas MD Anderson Cancer Center – one of the world’s most respected centers for cancer treatment – he wants Pohang to be recognized as an epicenter for treating certain diseases in the future.