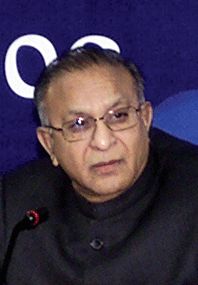 New Delhi: In a weekend Cabinet reshuffle, India's Science & Technology portfolio has been handed over to a senior minister Dr S Jaipal Reddy. The new Cabinet Minister of Science and Technology and Earth Sciences of India was previously heading the Petroleum ministry.

The 70-year-old Congress leader is the sixth Science & Technology minister since the UPA government came to power three years ago in 2009. The last change was in August 2012 when Mr Vayalar Ravi took over the charge of the minister after incumbent minister Mr Vilasrao Deshmukh passed away.

The UPA had appointed Mr Prithviraj Chavan as the minister for Science and Technology and Earth Sciences after it was re-elected in May 2009. Mr Kapil Sibal took over from him after Mr Chavan became the chief minister of Maharashtra in 2011. Mr Deshmukh was appointed to the portfolio after Mr Pawan Kumar Bansal, who headed the ministry for a little over six months after Mr Sibal.

Dr Reddy, who represents the Chevella constituency of Andhra Pradesh, is a senior Congress leader who has also served as the Cabinet Minister of Urban development of India and headed the group of ministers appointed to supervise the 2010 Commonwealth Games (CWG) in Delhi.