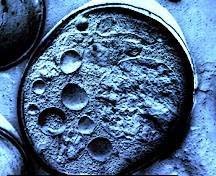 Singapore: A faulty gene linked to a rare blood vessel disorder has led investigators to discover a mechanism involved in determining the fate of possibly thousands of proteins working inside cells. St Jude Children's Research Hospital scientists conducted a study, which provided insight into one of the body's most important regulatory systems, the ubiquitin system. Cells use it to get rid of unneeded proteins. The work has been published in the print edition of the journal, Molecular Cell.

While Glomulin derives its name from the disease, researchers showed the name also aptly describes Glomulin's molecular function. St Jude scientists used X-ray crystallography to determine the structures involved in Glomulin's interaction with RBX1 and another component of the cullin RING ligase.

Researchers showed that Glomulin disrupts ubiquitination by binding to the same spot on the cullin RING ligase where the enzyme carrying the ubiquitin protein must bind to complete the process. The location is on the RBX1 protein, which is part of the larger protein complex.

Dr Brenda Schulman, a member of the St Jude Department of Structural Biology and a Howard Hughes Medical Institute investigator, said that, "The findings suggest it might someday be possible to treat disorders resulting from defects in proteins that shut off the ubiquitin system by finding an alternative mechanism for turning the pathway off. The way Glomulin works represents a new way of controlling one of the most important regulatory systems at work in cells. We believe Glomulin may represent the tip of the iceberg. There could be many proteins that work in this fashion."

Dr David Duda, scientist, Schulman's laboratory and the study's first author, said that, "RBX1 regulates potentially thousands of different proteins within the cell. Glomulin represents a new way of regulating this entire class of RBX1 associated proteins. Glomulin is the first protein made by a cell shown to block a site like the one on RBX1."