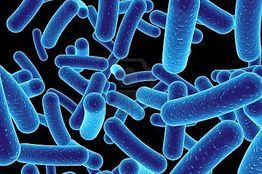 Singapore: A study conducted by researchers at the University of Chicago, US, has revealed that females can mount more powerful immune responses than males. However, this enhanced protection against infections also makes females prone to autoimmune disorders. The research was published by Cell Press August 22nd in the journal Immunity.

The study further highlighted that certain gut microbes prevalent in males can help protect them against type 1 diabetes. The study demonstrates that these microbes cooperate with sex hormones to cause this gender bias and provides an important framework that could lead to better treatments.

The research found that microbial communities in male and female mice became different once the mice reached puberty, whereas microbes in females and castrated males were more similar to each other. These results suggest that sex hormones contribute to gender-specific changes in microbial communities. When the researchers raised mice in a germ-free environment and then exposed them to different types of bacteria, they discovered that only certain microbes specifically protected males against type 1 diabetes.

Senior study author Dr Alexander Chervonsky, University of Chicago, said that, "The gender bias in major autoimmune diseases is well known but not well understood. By studying how microbes cooperate with hormones to affect the immune system, we can identify pathways that can be triggered artificially by drugs or manipulations of gut microbes to interfere with the course of autoimmunity. Our study has helped to establish the general principles of how hormones and microbes interact with the immune system, which is the first significant step to get to the stage of developing new therapies."

Sex hormones are known to play an important role in the gender bias of autoimmune diseases. But studies have shown that environmental influences and other non-hormonal factors also make a difference. Until now, it has not been clear how hormones and microbes work together to influence the gender bias in type 1 diabetes and other autoimmune diseases.