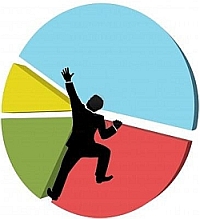 Singapore: Lignol Energy (LEC) announced its participation in a Private Placement and Rights Offering financing, undertaken by Australian Renewable Fuels that will result in LEC becoming one-of-the-largest shareholders in ARW. Australian Foreign Investment Review Board (FIRB) had recently allowed Lignol Energy to increase its ownership in ARW beyond the threshold for foreign ownership of 15 percent

On February 7, 2013, ARW proposed a takeover bid for all outstanding shares of Wentworth Holdings, an offer that is expected lapse on February 15, 2013. ARW announced it had instead proposed an alternative capital raising mechanism to raise $12.72 million (A$12.3 million) at $0.01 (A$0.007) per share, comprising an immediate private placement of $4.42 million (A$4.27 million) and an underwritten rights offering of $8.28 million (A$8 million) to ARW shareholders at $0.01 (A$0.007) per share, with the ability of shareholders to apply for oversubscriptions.

The ARW Placement of $4.42 million (A$4.27 million) successfully closed on February 12, 2013 and the ARW entitlement offer is expected to close on March 5, 2013. Through these transactions, LEC intends to make a further investment in ARW of approximately $2.76 million (A$2.67 million) and acquire a further 381,660 billion ordinary shares in ARW. Upon completion of the transactions, LEC expects to hold a total of 744,660,715 ordinary shares of ARW, or approximately 17.75 percent of the firm.

Furthermore, in connection with the ARW entitlement offer, Wentworth and Thorney Holding have agreed to underwrite any shortfall under the ARW offer. Subject to the completion of definitive documentation, LEC has committed to participate in the underwriting obligation with Wentworth and Thorney up to a maximum of $1.81 million (A$1.75 million). Should the ARW entitlement offer not be fully subscribed, then LEC will have an obligation to acquire further shares of ARW.

The above transactions will be funded by the company's existing cash and by a proposed line of credit that will be provided by one of LEC's major shareholders, Difference Capital Funding (DCF). It is currently proposed that DCF will provide LEC with a line-of-credit bearing interest at eight percent per annum on the drawn amount. The term-of-the-credit facility will be the earlier of one year or until completion of a further equity financing. Funds drawn on this facility will be secured on a sole recourse basis against all of the ARW ordinary shares owned by LEC.