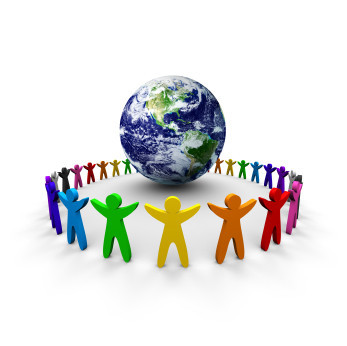 Cambridge University, inStem and NCBS collaboration to get $17.29 million funding

Bangalore: The Department of Biotechnology (DBT), Government of India, will fund a new initiative for chemical biology and molecular therapeutics in Bangalore at the Institute for Stem Cell Biology and Regenerative Medicine (inStem) in collaboration with the National Center for Biological Sciences (NCBS), Tata Institute of Fundamental Research (TIFR). Support from multiple sources including the DBT will provide close to $17.29 million (Rs940 million) to establish the initiative.

Researchers in the initiative will combine methods from genetics, chemistry, cell biology, biochemistry and imaging to understand the alterations in cellular systems that underlie human diseases, and identify ways to correct them using drugs.

The initiative is expected to develop powerful new scientific approaches for the treatment of diseases like cancer, integrating expertise from the basic and clinical sciences in India. It will create a multidisciplinary environment for training young researchers and physicians in the translation of fundamental research to clinical application.

The new initiative is the result of a collaboration that links Professors S Ramaswamy, K VijayRaghavan, Satyajit Mayor and colleagues at inStem and NCBS in Bangalore, with Professor Ashok Venkitaraman at the University of Cambridge in the UK. The initiative began in September 2011 when Cambridge University's vice chancellor Professor Sir Leszek Borysiewicz signed a memorandum of understanding (MoU) with inStem and NCBS. The inStem governing council is chaired by Dr M K Bhan, secretary, Department of Biotechnology, Government of India.

Sir Leszek pointed out that "Cambridge and the Tata Institute, of which NCBS is a part, have a long history of connections. TIFR's founder Dr Homi Bhabha studied and worked in Cambridge as have many NCBS and inStem faculty. We view this very important collaboration as mutually beneficial and an example of how the best in basic research can address important biomedical questions."

Professor Ashok Venkitaraman, who is the Ursula Zoellner professor of cancer research, University of Cambridge and director, Medical Research Council Cancer Cell Unit, said that, "Having originally trained and practiced as a physician in India, I am delighted that the Department of Biotechnology, Government of India, will be supporting this exciting new initiative. The excellence of my colleagues in Bangalore, and the
terrific research environment they have created, inspires confidence that we can work together not only to improve our fundamental understanding of the cellular abnormalities that cause human diseases like cancer but also to translate this information for the benefit of patients."

Professor K VijayRaghavan, acting director, inStem, and director, National
Centre for Biological Sciences (NCBS), Tata Institute of Fundamental Research (TIFR), said that, "inStem is taking a new and adventurous path of collaborative, team-driven efforts to address the most challenging of biomedical problems. The NCBS-inStem campus provides an ideal intellectual environment for this collaboration with Cambridge to succeed. Ashok Venkitaraman is a world-leader in his area and we are delighted to work with him and Sir Leszek."