LEC gets Aus investment board nod 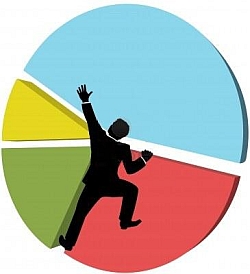 Singapore: Lignol Energy (LEC) has applied for and has been granted approval by the Australian Foreign Investment Review Board (FIRB) to increase its ownership in Australian Renewable Fuels (ARW) beyond the threshold for foreign ownership of 15 percent.

FIRB is responsible for examining proposals by foreign persons to invest in Australia and makes recommendations to the treasurer on those subject to the Foreign Acquisitions and Takeovers Act 1975 and Australia's foreign investment policy. As a general rule, ownership of certain Australian publicly listed companies by a foreign corporation is restricted to less than 15 percent in the absence of FIRB approval.

"Our investment in ARW is an important component of our strategy of investing in complementary businesses in the renewable fuels industry", said Mr Ross MacLachlan, president and CEO.

"Being able to add value to such investments is an important component of that strategy and so our ongoing evaluation may lead either to an increase in the size of the investment, further complementary investments or business transactions or, under certain conditions, liquidating our investment. Receipt of FIRB approval gets us to another key stage of our evaluation and discussion process", he added.

On November 9, 2012, the company announced that it had completed the acquisition of an additional 88 million ordinary shares of ARW, increasing its ownership in ARW from 11.2 percent to 14.9 percent of the issued and outstanding ordinary shares of ARW. ARW has subsequently announced that it plans to enter into a business transaction, which if successful will result in the dilution of LEC's equity stake in ARW to approximately 10 percent.