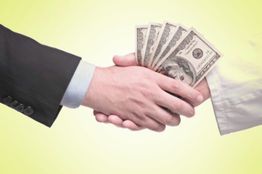 After GSK its now Sanofi that faces bribery allegations in China

Singapore: Another tale of pharma scandal breaks in China. Following the line of recent GSK-expose that brought to light pharma-doctor nexus in China now it's French drug major Sanofi's turn.

Chinese press is abuzz with accusations of an unnamed whistleblower who claimed that about $277,000 (1.7 million Yuan) was paid in bribes to over 500 doctors in the country, in the year 2007.

The drugs named in the bribery allegation are high blood pressure treatment Irbesartan and an Irbesartan combo pill.

Consequent to the GSK-expose, Chinese government has been scrutinizing the operations of many MNCs in the country including Eli Lilly and AstraZeneca.

Sanofi is the latest name to join the list. However, so far there is no official statement from the Chinese authorities on this. Sanofi also is yet to respond to this allegation. The company has just stated that it has "zero tolerance to any unethical practice" and is said to be investigating the matter that pertains to 2007.

The report first published in China's 21st Century Business Herald puts November 2007 as the point of time reference for these bribery allegations. The whistleblower who uses the pseudonym "bacon" has also divulged that these bribes were given as "research spending" in the cities of Beijing, Shanghai, Hangzhou and Guangzhou.